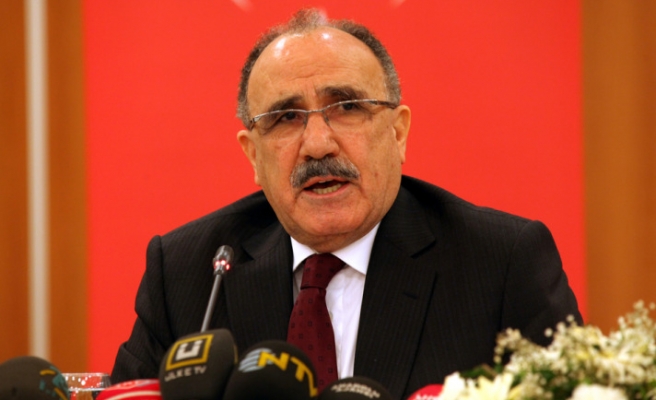 Turkish Deputy Prime Minister Besir Atalay on Friday attended the inauguration ceremony for a new highway in the Turkish Republic of Northern Cyprus (TRNC) that connects Dortyol with Gecitkale.

The ceremony was also attended by the Turkish Cypriot Prime Minister Irsen Kucuk.

Speaking at the ceremony, Atalay said that they wanted a conciliation in Cyprus based on peace and equal conditions.

Also speaking at the ceremony, Irsen Kucuk said that "our Motherland Turkey once again supported us in the strongest way possible and is by us with all its organizations".

The 10-kilometer long highway between Dortyol and Gecitkale was made possible with the assistance of Turkey. The highway cost 15 million Turkish liras (TL).

Atalay later on attended the inauguration of the Turkish Republic of Northern Cyprus's (TRNC) new State Archives facility in Lefkosa along with the Turkish Cypriot President Dervis Eroglu.

The new facility includes storage rooms, an exhibition and a conference hall. Atalay said that the Turkish Cypriots moved to the future with great confidence in themselves.

Also speaking at the inauguration, President Eroglu said that the archives and related documents would be carried to future generations in security at the new facility.

Atalay said that "we will protect our identity and embrace our values. We have to do so in order to be a great society". "While learning religion, one needs to learn it from the right sources," Atalay also said.

Also speaking at the ceremony, Prime Minister Kucuk said that their aim was to turn the TRNC into an island of education.

The Hala Sultan Religious Studies College will be made possible by the TRNC Ministry of National Education, Youth and Sports and a Turkish Cypriot foundation.

Besir Atalay is in the TRNC to attend celebrations marking the 38th anniversary of Cyprus Peace Operation.

As part of the celebrations on Friday, the Turkish Air Force-s aerobatic display team - the Solo Turk performed a show in Girne.

Earlier in the day, President Dervis Eroglu inaugurated a photo exhibition on the late Turkish Cypriot President Rauf R. Denktas at the Girne American University where he also delivered a speech on Denktas.