State institutions will not have a say on the scope of headscarf freedom, nor will they be able to make any exceptions 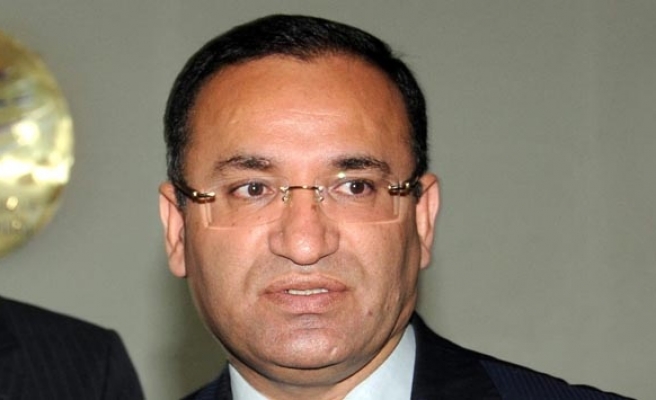 Deputy Prime Minister Bekir Bozdag on Thursday outlined the boundaries of new freedoms to wear the Islamic headscarf that the government plans to grant to most, but not all, public-sector employees.

Prime Minister Recep Tayyip Erdogan on Monday unveiled a long-awaited democratization package aimed at expanding freedoms for various social groups. Among other things, the package removes restrictions on the wearing of Islamic headscarves in public-sector workplaces. The ban, however, will remain in effect for judges, prosecutors and military and security personnel.

Speaking to reporters in Ankara, Bozdag said the prime minister's position on headscarf freedom for public employees is very clear.

“Except for those wearing uniforms, there will be freedom for [public employees]. This will certainly be determined in a regulation. It is the state institutions that decide who should wear uniforms. Everyone knows who wears the uniforms. Police, members of the military, judges and prosecutors wear uniforms. Our prime minister's explanation is very clear,” Bozdag said.

The deputy prime minister added that regulatory changes will set clear boundaries on which public-sector workers will be allowed to wear the headscarf. State institutions, he continued, will not have a say on the scope of headscarf freedom, nor will they be able to make any exceptions.

Members of Turkish civil society have welcomed partial freedom granted to covered women who wish to work in the public sector in the democratization package, but called the measure insufficient because it excludes members of the judiciary and security forces.

However, Bozdag said civil servants in the judiciary, military and police who do not wear uniforms will be free to wear headscarves as well.

The deputy prime minister's statements came in response to allegations in the Turkish media on Thursday that every state institution will make its own rules on headscarf freedom and that current restrictions will be removed for all public servants.

Such claims appeared in the media following remarks by Justice Minister Sadullah Ergin.

Speaking at a panel discussion titled “Democratization Package and Consolidation of Democracy in Turkey,” held at the Institute of Strategic Thinking in Ankara on Wednesday, Ergin said: “We will see in what way the reform is implemented. Institutions will most probably make their own rules; there is such an understanding. The relevant institutions of the military, police and judiciary will make the necessary assessments [about allowing their employees to wear headscarves].”

Turkey's ban on headscarves dates to the 1980s. After the 1980 coup d'état, a regulation that defined the permissible clothing and appearance of public-sector employees included the stipulation that the hair of civil servants must be uncovered. Women who wear a headscarf were effectively denied the right to be employed by the state.

The ban was significantly tightened after the 1997 coup, when the military ousted a government it deemed too religious. Currently, state offices do not hire covered women. Though no law prohibits the headscarf in the private sector, covered women are also denied employment in most private companies. Nor are they elected to Parliament.

Although there was no official ban, Turkey's first headscarved deputy, Merve Kavakçı, was removed from Parliament in 1999 due to a de facto headscarf ban. Since then, no women wearing headscarves have been elected to Parliament because the major parties, looking to avoid tension, have been unwilling to nominate them.

A ban on headscarves imposed for many years on university campuses was only removed in 2010 thanks to a circular sent to university administrations by the Higher Education Board (YOK).