Preliminary results showed that votes for "No" stuck in 10 percent in the most of the eastern and southestern Turkish provinces in a referendum for constitutional reforms. 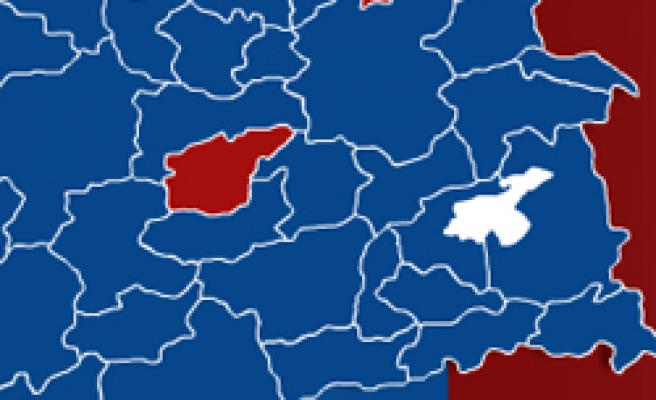 Preliminary results showed that most of the eastern and southeastern cities in Turkey say "Yes" to the constitutional reform package despite call of pro-Kurdish party for boycott and hardline leftist oppodition party's campaign for "No".

In the mainly Kurdish populated areas in east and southeast Turkey, the votes against the reforms could not pass the 10 percent. 5 percent of elctors say "No" in Batman, Bingol and Siirt.

Meanwhile, "No" votes stuck in 6 percent in Diyarbakir, seen as the castle of the pro-Kurdish BDP party, Sanliirfa, Mardin and Van. Also, 7 percent "No" votes were counted in Bitlis and Hakkari where a vehicle carrying ballot boxes was attacked.

8 percent of the electors voted against in eastern province of Mus.

A unofficial, preliminary count showed 58 percent of Turkish voters approved a raft of constitutional amendments in a referendum on Sunday, according to a private television channel.

Ninety-nine percent of ballot boxes have been counted, the broadcaster said.

BDP party campaigned for a boycott to vote in the East and Southeast Turkey, critics say this call seemed as pressure on the Kurdish people, as secular CHP called on Kurdish-origin people for "No" in its rare campaign in this region. CHP has often been criticised for its neglect of the eastern and southeastern Turkey in its election campaigns. The latest chairman, Kemal Kilicdaroglu, held a meetings in the east for first time in the CHP history which is the first party of Turkish Republic. It was the only party during around fifty year in pre-democratic Turkey.

The only eastern province that say "No" in the referendum is Tunceli, a realm of Kilicdaroglu who could not cast his vote because of a problem in voter list.