If the revisions are implemented, for the next two years only eighth graders will be included in a newly introduced, 36-exam system. 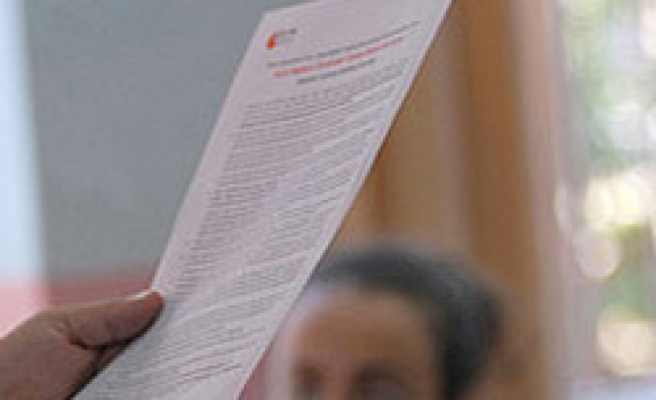 As heated debate continues over changes to the educational system, the Ministry of Education unveiled new revisions to the recently changed system. At a meeting on Sept. 10, the minister of education said that his agency may revise some aspects of the new education system. He said that students' total scores for high-school admissions will be calculated over 700 instead of 100 and that the rule that each four wrong answers will cancel out one correct answer on high-school admissions tests could be brought back again.

If the revisions are implemented, for the next two years only eighth graders will be included in a newly introduced, 36-exam system. Sixth and seventh graders will be phased in after the FATİH project, which was launched at pilot schools in February 2012 to equip Turkish schools with advanced technology, is implemented.

The government's abrupt move on the eve of a new academic year follows a series of hastened education reforms that have left half a million eighth graders struggling to find a suitable high school.

Fast-track education reforms in recent years have been the subject of much criticism in Turkey, and the government is under fire for not consulting all the stakeholders, including parent-teacher associations, before implementing reforms.

At a press meeting on Wednesday, Education Minister Nabi Avcı addressed the recently introduced changes regarding the admission process for high-school applicants. He denied new exams were being introduced into the education system.

“We are not investing in a new examination. We are only ending the situation whereby our children's chances of getting into a high school depended on a single test. The changes allow the testing of six fundamental subjects throughout the year instead of administering just one exam with no make-up opportunities available,” the minister said.

In the new system, written exams that schools previously prepared during the academic year will now be conducted by the ministry. The results of these exams will be factored into students' total grades to determine the high school they will be admitted to without the need for an extra exam.

This year, students will take a total of 36 centrally administrated multiple-choice examinations in April and December in core subjects like Turkish, science, mathematics, republican history and Atatürkism, foreign languages and the culture of religion.

Sixty percent of students' admissions scores will be decided by the standardized test scores, and the remaining 40 percent will be based on the classroom teacher's discretionary credit (reflecting the efforts of a student).

This is problematic, educators say, arguing that 40 percent is too high a percentage for discretionary points. Avcı claimed the transition will be smooth and stress-free, but educators complain of potential pitfalls such as different curricula in place in different schools, inflated discretionary classroom grades, security issues with such frequent standardized testing at schools, teacher shortages and many others.

At the press conference, the minister also said that many of the problems in the current system and those that might arise in the new system stem from differences between schools. “It is impossible to establish the same quality across all schools. But it is wrong to say that some schools are first class while others are second or third rate. This is an especially damaging perception for schools that offer vocational training. The essence of the system is our teachers and their dedicated work. The teacher changes everything. Don't let the good or bad reputation of a school fool you,” he said.

Turkey has seen five education ministers during the rule of the Justice and Development Party (AK Party), and each minister has introduced various changes.

“Every change in the educational system that comes with a new minister shakes citizens' faith in the government,” said Erdal Poyraz, education and psychology consultant at Fatih Schools. He underlined that the government expects students to be more successful after the changes ministries introduce; however, it is the education system itself that needs revising, not the exams, he said.

The newly revised Level Determination Examination (SBS) system was adopted only two years ago during the tenure of Çubukçu's predecessor, Hüseyin Çelik, as education minister.

In 2008, under the Secondary Education Transfer System (OGES) implemented by the Ministry of Education, it was decided that sixth, seventh and eighth graders would take the SBS at the end of each school year in place of the High School Entrance Exam (OKS), which used to be taken only by eighth graders. The OKS system was criticized because students' performance was determined by only one exam. Critics said that taking the exam all three years would lessen students' anxiety about taking a single examination to determine the high school they would be admitted to. However, the change only served to increase the children's anxiety further.