Minister Şahin said that they studied examples from around the world on women's employment and took all concerns into account, not just women's desire to pursue a career and raise children at the same time 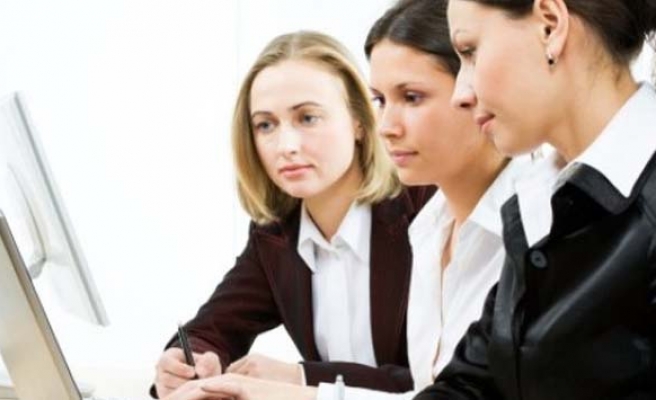 Family and Social Policy Minister Fatma Şahin said on Friday that the private sector will thank the government when a reform package on women's employment is announced because it will alleviate the burden on employers.

Responding to reporters' questions on the concerns of private sector employers about the reform package the ministry is currently working on in Ankara, Minister Şahin said that they studied examples from around the world on women's employment and took all concerns into account, not just women's desire to pursue a career and raise children at the same time. “The reform package includes a process that will make women's employment easier and removes the obstacles facing the private sector,” Şahin pointed out, adding that a team of experts from the Ministry of Development and Ministry of Finance studied all possible options.

Stating that women have difficulty resuming their careers after having children, Şahin said that they will ease the situation for both women and the private sector by introducing a flexible working model. In reference to decreasing birth rates in Western countries, even below European Union averages, Şahin said that it is important to have a qualified population. Şahin also commented that for years women have been forced to make a choice between a career or raising children, but the ministry believes that being able to make a choice is freedom and that it is possible to do both by providing women with more options.

“As a social state, we take all the expenses and do not put an extra burden on anyone,” said Minister Şahin as, adding that the business world will thank the government once the reform package is announced. Şahin stated that the private sector is worried due to a lack of sufficient information on the package and insufficient debate on these issues.

Şahin stated that as the employment rates among men in the world are in decline, Turkey was able to increase female employment because the state agreed to pay the employer's share of payments (social security payment) and brought in strong positive discrimination for women.

Şahin said that 2 of the 5 million people who have been employed in recent years were women.