"Those who stand silent in the face of the coup in Egypt will not be able to preach democracy in the future," the Turkish PM said. 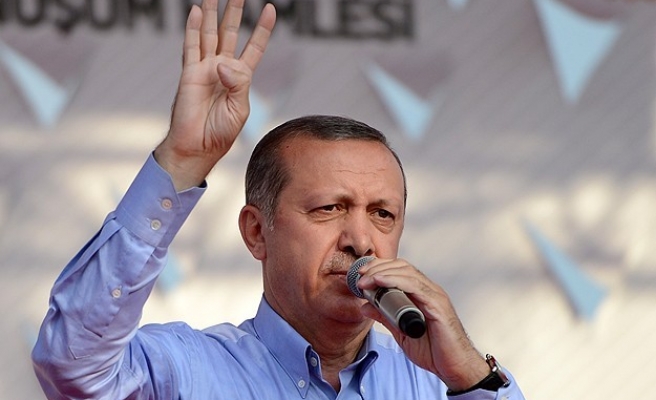 Turkish Prime Minister Recep Tayyip Erdogan said on Saturday that state terrorism is being carried out in Egypt.

Speaking at the "Ceremony of Urban Transformation" in Bursa, Turkish PM Erdogan reiterated his condemnation of the military coup and recent attacks on religious sites in Egypt.

"I strongly condemn all attacks targeting places of worship, no matter if it is a mosque or a church, since they are protected [sacred]," he told the crowd in Bursa.

Erdogan described as "brutal murderers" the perpetrators of the military coup and the crackdown on peaceful protesters who took to the streets demanding democracy and asking for the return and "honour" of their votes.

"Those who staged the coup ignored the will of the people, and brutally killed their own citizens. State terrorism is being carried out in Egypt," added the Turkish PM.

He also compared Syria's Assad and Egypt's Sisi, arguing that "Bashar (al-Assad) and al-Sisi are the same, and so are those who support them. There is no difference."

Erdogan stated that there are two different pictures in Egypt, those of supporters and opponents of democracy.

The Turkish Premier added "This is how history will evaluate the happenings in Egypt."

Erdogan slammed the international community for failing to display the necessary stance and reaction against the military coup in Egypt and the following violence as well as the crackdown by the Egyptian army on pro-Morsi demonstrators in Cairo.

"Those who stand silent in the face of the coup in Egypt will not be able to preach democracy in the future," he argued.

"The Security Council, the European Union and the Organization of Islamic Cooperation are too ashamed to face themselves looking into the mirror for their attitude in the face of the military coup in Egypt and the following massacres on Egypt's peaceful protesters. Those who remain silent approve and encourage the massacre with their silence, while the Egyptian coup authorities, who poured bullets on the people demanding justice, are stuck in that blood so as not to face their conscience," Turkish PM Erdogan said regarding the international stance on the military coup and the violent crackdown on anti-coup demonstrators.

While addressing the crowd in Bursa regarding the situation in Egypt, Erdogan made the Rabaa sign, the symbol of anti-coup protests.

Hundreds of protesters, including women and children, had taken refuge in the Al Fath Mosque in the Egyptian capital Cairo following assault by security forces in Ramses Square escalated.

Egypt has been in a state of turmoil since security forces violently dispersed the sit-ins in Rabaa al-Adawiya and Nahda squares on Wednesday.

Thank you Erdogan. Egypt coup crackdown is actually a trial for Saudi Arabia . In feature Saudi will do the same what the Egyptian coup is doing with common civil strike. Rest of the world is silent and your voice will be considered.