During a phone call, the two leaders agreed that all countries and specifically the European Union should take the necessary steps to tackle the crisis. 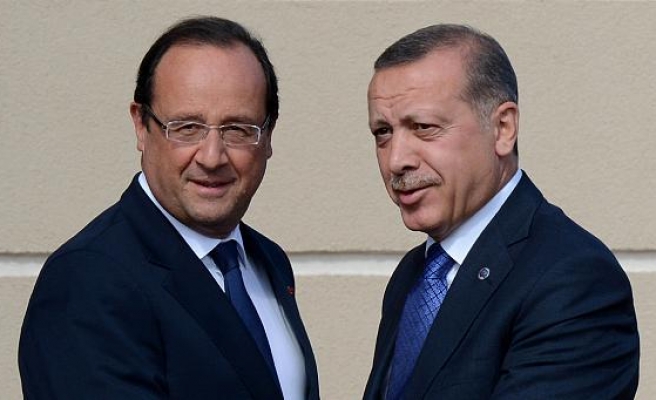 France stands by Turkey in the face of the refugees issue, French President Francois Hollande said during the phone conversation with Turkish President Recep Tayyip Erdogan, according to the presidential sources on Thursday.

The phone conversation came after the drowning of 12 Syrian refugees, including eight children, off coast of the Turkish resort town of Bodrum early Wednesday after their boat en route to the Greek islands sank in the Aegean Sea.

Europe is facing the biggest refugee crisis in decades, with thousands of asylum seekers from Middle Eastern and African countries trying to reach Western Europe.

The two leaders agreed that all countries and specifically the European Union should take the necessary steps to tackle the crisis.

Hollande said that France would help Turkey more for the refugees and praised Turkey's assistance for the migrants especially for those coming from Syria, the sources said.

Erdogan, in his part, said that Turkey expected the international community to do its part for the crisis, reminding that his country hosted about 2 million Syrian and Iraqi refugees.

The Bodrum coast in the Turkish south-western Mugla province is a preferred location for migrants trying to reach Kos, as the route is among the shortest by sea from Asia to EU territory.

Around 2,500 refugees and migrants have died or gone missing trying to reach Europe this year alone, according to the UN.