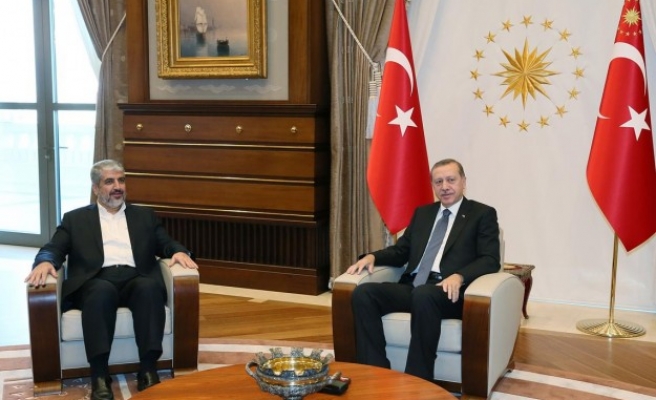 Recep Tayyip Erdogan met Meshal, the group’s political chief, after violence erupted Sunday and continued into Monday at the site in east Jerusalem, which is revered by Jews and Muslims.

Erdogan strongly condemned the violence, which left dozens injured, the source said on customary condition of anonymity. During the meeting in Ankara, Meshal thanked Erdogan for his sensitivity and support.

Israeli police stationed at the compound later allowedPalestinians back into the area.

"The United States is deeply concerned by the recent violence and escalating tensions surrounding the Haram al-Sharif, Temple Mount. We strongly condemn all acts of violence," Kirby said using the names attributed to the area by Arabs and Israelis, respectively.

He urged all sides to refrain from provocative actions and keep the "unchanged historic status quo on the Haram al-Sharif Temple Mount".