The meeting between Erdogan and Barzani began in Ankara on Wednesay evening. 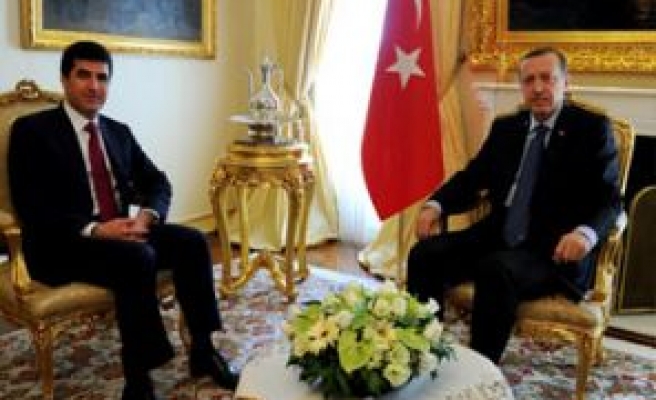 Turkish Prime Minister Recep Tayyip Erdogan met with Nachervan Barzani, Prime Minister of the regional administration in the north of Iraq, in Ankara on Wednesday.

The 2-hour meeting at the Prime Ministry residence in Turkish capital of Ankara was closed to the press.

On Tuesday, Foreign Minister Ahmed Davutoglu met with Barzani and they focused on bilateral relations, recent incidents in Iraq, the situation of Syria, the Kurdish National Conference and the recent developments and incidents in Egypt.

Similar topics are excepted to discuss between the two leaders.