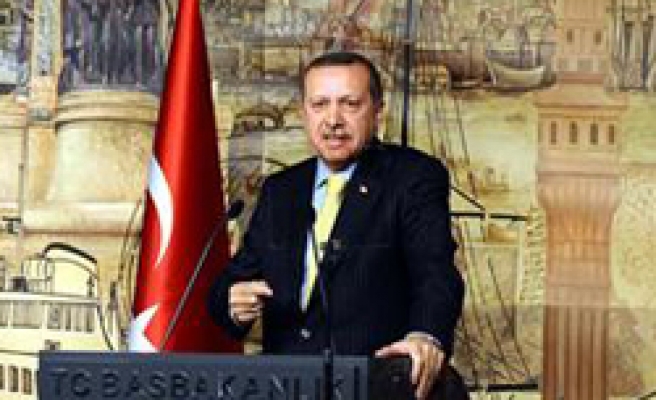 Turkish Prime Minister Tayyip Erdogan said on Saturday that the government was considering moving the parliamentary election one month forward.

"We want to move the election one month forward, for the elections to be held before the schools are closed," he said.

Turkey was scheduled to hold the election on July 22.

Prime Minister Erdogan met with executives of media organs over a breakfast at his office in Istanbul.

He told reporters following the meeting, "we want to move the election one month forward, for the elections to be held before the schools are closed."

Upon a question about "education in mother tongue", Prime Minister Erdogan said, "we have already allowed opening of courses to teach mother tongues. But a multilingual education system will lead to problems about future of domestic peace in Turkey. Ethic elements in Turkey are not restricted with Turks and Kurds."

Replying to a question about "general amnesty", Prime Minister Erdogan said that amnesty for murderers was out of question, but they might think about amnesty for political offenders.

Erdogan said, "we are determined to increase our efficiency in our fight against terror. This is not only the problem of the political power, this is a problem concerning all of us. The opposition parties, the media and academicians have important responsibilities in this process."

He said at the meeting, "the constitutional amendment package which came into power after the referendum on September 12 marks the beginning of a new era in Turkey. The package consisting of 26 articles does not fully remove the shadows on the Constitution of 1982, but it includes very important amendments such as a change in structure of the Supreme Board of Judges and Prosecutors."

"We can solve all problems. We can add new ones to Turkey's achievements in economy, foreign policy and democratization. Today, Turkey has a totally different position in the world. I believe that Turkey will become one of the ten biggest economies of the world in the next decade," he said.

Prime Minister Erdogan also called on all political parties, academicians, media members and non-governmental organizations to help them in efforts to prepare a new constitution.