Erdogan said he saw Morsi as the President of Egypt. 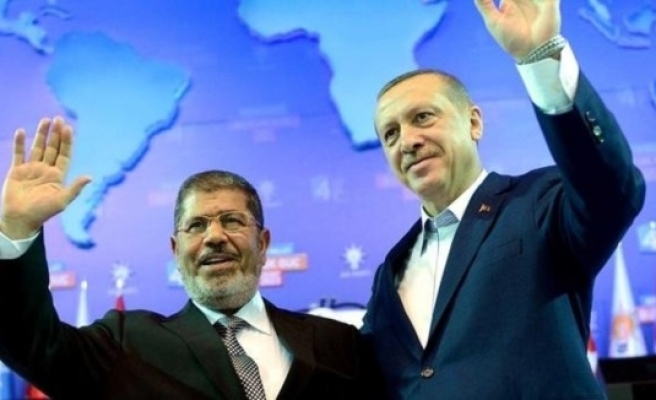 Turkish Prime Minister Recep Tayyip Erdogan has said he saw Mohamed Morsi as the President of Egypt because he paid respect to the people of Egypt.

"If Baradai was elected, then I would use same expressions for him too, yet he wasn't elected. Morsi took it with 52 percent," added Erdogan who attened fast breaking meal organized by the AK Party in Ankara.

He said that Egyptian people would not sit down and yet started an honourable and legitimate struggle against the coup as one man. Erdogan added they were uncomfortable with the statements and sayings of people who came to power with military interference and noted, "Appearently, they appreciate Turkey and they even say that they may talk to Turkey via phone if necessary. What would you say to that? First of all, how would I talk to you? You were not elected. You took office by coup government or by the coup management. Now, even more interestingly, they sworn in. I call out to the whole world, the western world: the one who held the military coup, so Sisi became a defense minister. Why western world is so quite about that?"

Prime Minister Erdogan stated that an Egyptian official had a desire to hold a phone call with him a few weeks ago and that person said that he was against a military coup.

However, now he was excited by becoming a prime minister or president yet became a vice president and he wanted to get in touch, Erdogan highlighted, and added, "Forget about it. You received 1.5 percent of the votes during elections yet Morsi took 52 percent of it. As 52 percent is larger than 1.5 percent, then you will learn paying respect to that."