'What business is this of yours? Take care of elections in your own countries,' president tells world media for urging Turks not to vote for AK Party 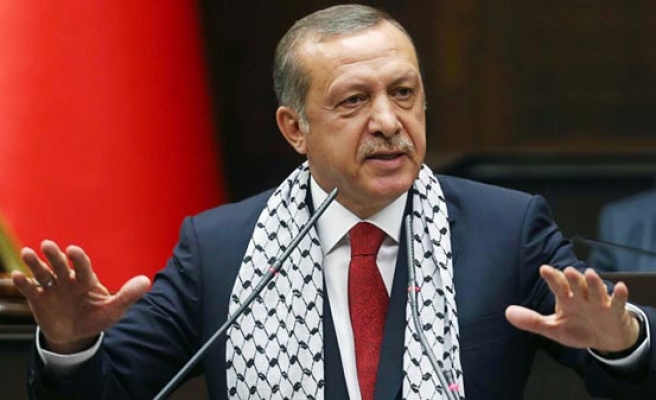 Turkish President Recep Tayyip Erdogan has strongly criticized international media organizations for calling on Turkish citizens to not vote for Justice and Development (AK) Party in the general election Sunday.

Addressing the media outside the Rumeli Hisari Museum in Istanbul Saturday, Erdogan said: “What business is this of yours? Take care of elections in your own countries.”

He hinted that there might be some ulterior motives behind such moves of the international media.

“Chanting my name and using the party’s name to say ‘Do not vote for it’ in Turkey’s election is ugly, and has nothing to do with political ethics,” the president said.

Erdogan, who headed the AK Party for thirteen years through three terms as prime minister before running for president in 2014, also said that he hoped the Turkish people would not give any chance to those who backed “terrorist organizations”.

The president said that the Nov. 1 elections were about the continuation of stability and confidence in Turkey.

“I want that in this country stability wins, confidence wins, unity, solidarity, brotherhood wins, in short [I want] Turkey to win,” Erdogan said.

More than 54 million Turkish voters head to the polls on Sunday in a rerun of June’s inconclusive election. The vote will see 550 deputies from among 16 political parties and 21 independent candidates elected to the Turkish Grand National Assembly, representing 85 constituencies in 81 provinces for a four-year term.