The package is expected to contain articles doing away with some restrictions regarding the dress code for civil servants, making it possible to get public services in one's mother tongue, and for cemevis to serve under a foundation status. 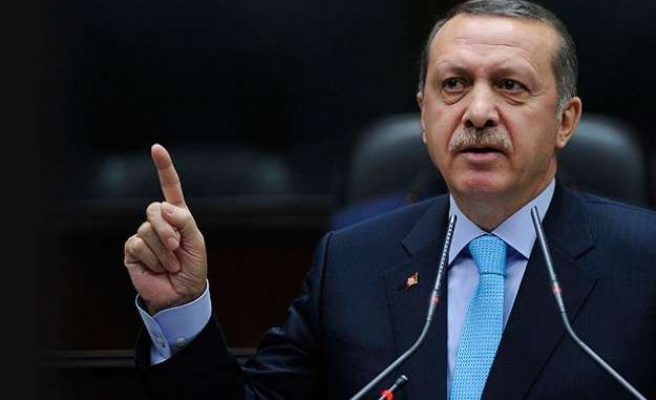 Prime Minister Recep Tayyip Erdoğan is to announce after Friday the content of a new democracy package that is hoped to be finalized at a meeting leading members of the government will attend.

Following a meeting of various government members on Wednesday, in which the course of the settlement process the government launched to settle the country's decades-old terrorism problem and the democracy package were discussed, Hüseyin Çelik, deputy chairman of the ruling party, said via his Twitter account that a second meeting would be held on Friday. The package also aimed at eliminating the deadlock in the settlement process, as the Kurdistan Workers' Party (PKK) has recently stopped its withdrawal of terrorists from Turkey.

After the second meeting, Erdoğan will announce the content of the democracy package. “In the days following the meeting on Friday, the points over which a consensus was reached [at the meetings] will be announced to the public by Mr. Prime Minister,” Çelik said on Wednesday.

The democracy package the government is working on is expected to be finalized during the second meeting of leading government members on Friday. Emphasizing that the democracy package will contain topics concerning the whole of society, Deputy Prime Minister Beşir Atalay told reporters on Wednesday, following the meeting at the ruling Justice and Development Party (AK Party) headquarters, that “I hope we will finalize the package on Friday. If we can't, we will continue to work.”

The package is also expected to contain articles doing away with some restrictions regarding the dress code for civil servants, making it possible to get public services in one's mother tongue rather than just in Turkish, and for cemevis (Alevi houses of worship) to serve under a foundation status. A bill paving the way for those PKKmilitants who haven't been involved in any crime to return home after laying down arms is also expected to be included in the democracy package the prime minister will announce.

Following the recent declaration by the PKK that it has stopped withdrawal of militants from Turkey, leading members of the AK Party got together on Wednesday to discuss the settlement process and a democracy package that would allow greater freedoms to Kurds. To settle once and for all Turkey's decades-old terrorism problem and the Kurdish issue, the government has been busy for the past couple of months with preparing the democracy package.

Through secret talks with Abdullah Öcalan, the jailed leader of the PKK, the government launched at the end of last year the settlement process. As per the first phase of the process, the PKK members are to leave Turkey, a step to be followed as a second phase, as indicated by previous statements by deputies of the pro-Kurdish Peace and Democracy Party (BDP), by the democracy package to be put in place by the government.

It is doubtful the steps the government is expected to include would please the BDP and the PKK, as their demands include education in mother tongue, autonomy in Turkey's Southeast region and house arrest for Öcalan, demands Prime Minister Erdoğan formerly rejected.

Following oft-cited criticism in the past couple of months toward the government for failing to take the necessary steps as part of the settlement process launched to settle the Kurdish issue, the Kurdistan Communities' Union (KCK) -- an umbrella organization encompassing the Kurdistan Workers' Party (PKK) -- announced on Monday that PKK have stopped withdrawing from Turkey.

“While the withdrawal of guerillas has been halted, a cease-fire will be kept,” said the KCK in a statement. “The reason why the cease-fire is being respected is to offer the AKP [AK Party] the opportunity to take steps in line with the project of Apo [Abdullah Öcalan],” the statement read.

The government has long been under criticism by the BDP and the PKK, which have accused the AK Party, as is the case with the KCK statement, of failing to have taken the due steps in democratization in accordance with the talks high-level Turkish and MİT officials have had with Öcalan, the leader of the PKK and KCK who is imprisoned on İmralı Island.

There have been no clashes between Turkish security forces and the PKK since the beginning of the year, but despite initial optimism the process appears to have hit obstacles amid conflicting claims from the government and the BDP.

While the government says no more than 20 percent of all PKK militants have left the country, the BDP insists that it is time for the second phase of the settlement process, in which the government is required to carry out reforms to meet Kurdish demands for more rights -- an assertion that the government dismisses.

Intelligence reports indicate that the rate of withdrawal of PKK may even be as low as 10 percent. Yalçın Akdoğan, chief advisor to Prime Minister Erdoğan, spoke on TV Sunday evening and accused PKK officials in the Kandil mountains, where the PKK headquarters is located, of being against the settlement process.