The former military chief was asked about these remarks again on Friday and he responded that it was Land Forces Commander Gen. Yalman who suggested issuing a warning to the government. 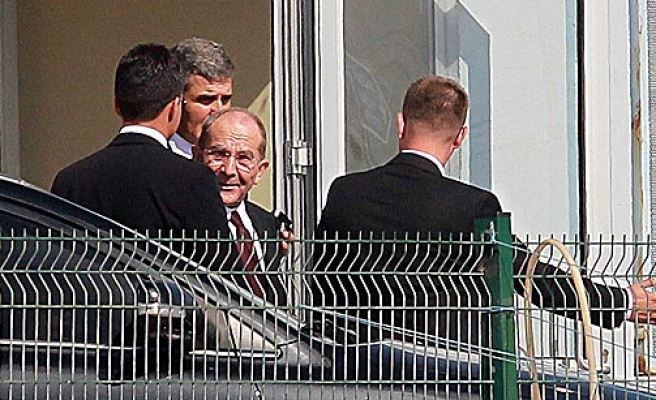 Former Chief of General Staff retired Gen. Hilmi Özkök has said he had warned military officers that a 2003 seminar during which the Sledgehammer coup plan was allegedly discussed “went beyond its aim.

”Özkök testified as a witness in the ongoing Ergenekon trial for a second day on Friday at the İstanbul 13th High Criminal Court, which is hearing the case against Ergenekon a shadowy criminal network with alleged links to the state, suspected of plotting to topple the government.

The former military chief said during his testimony that a March 2003 seminar at military barracks in İstanbul went beyond its intended purpose and that he had warned his officers about it.

Sledgehammer is a suspected coup plot believed to have been devised in 2003 with the aim of unseating the Justice and Development Party (AK Party) government through violent acts. According to the Sledgehammer plan, the military was to systematically foment chaos in society through violent acts, among which were bomb attacks on the Fatih and Beyazıt mosques in İstanbul.

The plot allegedly sought to undermine the government to lay the groundwork for a coup d'état. The military, which has overthrown three governments since 1960 and pressured a conservative government to step down in 1997, has denied such a plan.

During his testimony on Thursday, Özkök also confirmed that force commanders at the time had mentioned issuing a memorandum against the government during a brainstorming session, but added that it was “not an official proposal.”

The former military chief was asked about these remarks again on Friday and he responded that it was Land Forces Commander Gen. Yalman who suggested issuing a warning to the government. On Thursday, Özkök also confirmed the existence of coup plots nicknamed “Ayışığı” (Moonlight) and “Yakamoz” (Sea Sparkle) during his term of leadership, but added that he didn't take legal action concerning them because he was unsure of their authenticity.

Ayışığı and Yakamoz are two of the coup plots mentioned in the diary of former Naval Forces Commander Adm. Örnek. In April 2007, weekly news magazine Nokta published excerpts from a journal it claimed belonged to Örnek and which contained details of coup attempts dating back to 2004.

Following the allegations, an investigation was launched into Nokta Editor-in-Chief Alper Görmüş. The Nokta weekly news magazine was shut down several weeks after a police raid on its offices. However, the journal was included in the second indictment in the Ergenekon trial in 2009, after a technical examination of the excerpts published by Nokta confirmed that they were authentic.