Two former prime ministers, Necmettin Erbakan and Tansu Ciller, have announced that they will vote "yes" to constitutional amendments in a referendum scheduled for Sept. 12. 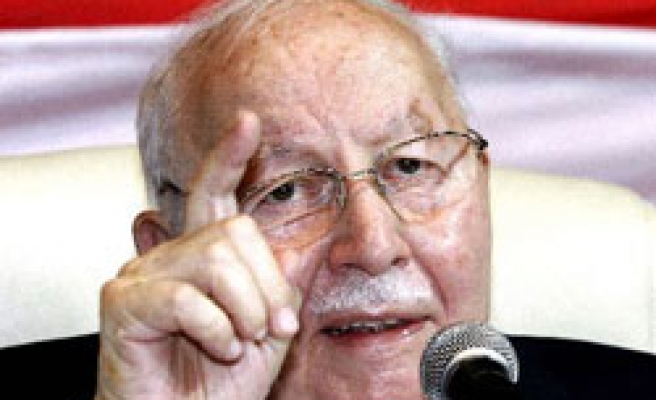 Two former prime ministers, Necmettin Erbakan and Tansu Ciller, have announced that they will vote “yes” to constitutional amendments in a referendum scheduled for Sept. 12, Cihan news agency said.

Necmettin Erbakan, the founding father of Milli Görüş (National View), advised those who visited him over the weekend to vote “yes” on the upcoming referendum as it would be beneficial.

“It is time to move forward. The old is worse than today,” he said on Sunday, as quoted by the Anatolia news agency, while addressing young people from the balcony of his home in Ankara's Balgat district.

Erbakan also said Turkey is at an important historical crossroads.

“The constitutional change consists of simple revisions. There is no real democracy in Turkey. The public is used in elections. It is the National View that will make the desired and long-awaited constitutional change,” he said, adding that using a “yes” vote would be “beneficial” but that the ruling Justice and Development Party (AK Party) should not try to benefit from it.

Young people who gathered at the Felicity Party's (SP) office, then walked to Erbakan's house shouting slogans such as “Warrior Erbakan,” “Here is the military and here the commander” and “Allegiance to our teacher is our honor.”

Meanwhile, Ciller, who came together with former deputies she had served together with, said the constitutional change “will be beneficial for Turkey.”

According to columnist Bulent Erandac from the Takvim daily, Ciller talked about the positive changes in the constitutional amendment package, especially regarding the judiciary.

Erandaç also indicated that Ciller had stressed that the Democrat Party (DP), which says “no” to the reform package, is making a “big mistake.”

News in May have said that DP officials were preparing to invite Ciller, the former leader of the True Path Party (DYP), to the party.