With a new initiative by the Ministry of Defense, Turkish expats who are prepared to pay for exemption from compulsory military service will no longer be treated as army deserters upon arrival in Turkey. 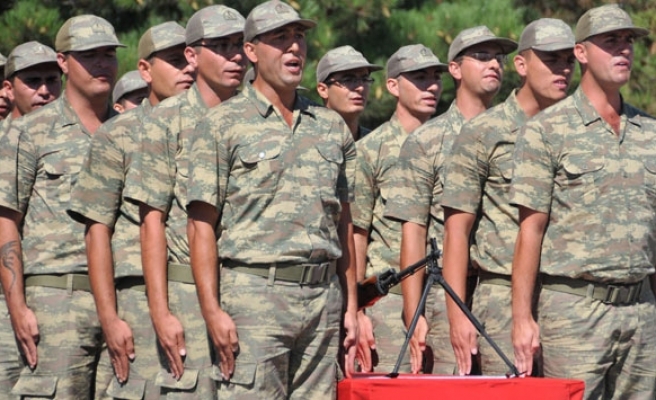 With a new initiative by the Ministry of Defense, Turkish expats who are prepared to pay for exemption from compulsory military service will no longer be treated as army deserters upon arrival in Turkey.

Turkish expats seeking this exemption used to experience problems upon return to the country, sometimes being taken into custody on charges of desertion as soon as they arrived at the airport. Deputy Prime Minister Bekir Bozdağ, who is responsible for Turks and Turkish communities abroad, received a request from these expats to resolve this problem, so he met with Defense Minister İsmet Yılmaz to inform him of the issue.

Yılmaz then issued an order to security services not to give Turkish expats who have not yet addressed their compulsory military service any difficulty upon arrival in Turkey.

No legal action will be taken against Turkish expats on charges of desertion if they can prove they live abroad by showing a foreign residence or work permit. They will then be given three months to complete their efforts regarding military exemption.

Turkish expats seeking military service exemption are also currently waiting on a reduction in the exemption fee from 10,000 euros to 6,000 euros to come into effect. This reduction, initiated by Bozdağ, was submitted to the Cabinet for approval late in June.

All able-bodied male Turkish citizens are required to serve in the military for a period ranging from six to 18 months. In some instances, individuals can arrange to pay a certain amount and only need to attend a 21-day training session in what is a relaxed version of the actual draft.

The cost of the military service exemption used to be 5,120 euros but the law was changed in December 2011, increasing the fee to 10,000 euros while removing the need to attend the 21 days of training.