On the explosion near the Bab al Hawa crossing on Turkey-Syria border, Turkish PM Erdogan said it has no relations with Turkey. "Those are the routine incidents in Syria" 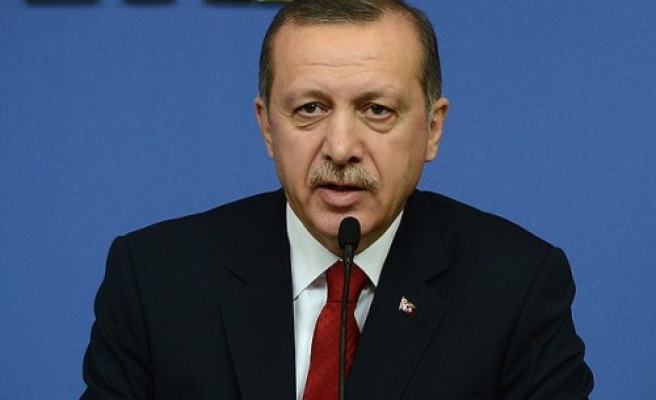 Turkish Prime Minister Recep Tayyip Erdogan, on the explosion near the Bab al Hawa crossing on Turkey-Syria border, said on Thursday it has no relations with Turkey. "Those are the routine incidents in Syria".

Speaking at a joint press conference in Turkish capital Ankara on Thursday with Romanian Prime Minister Victor Ponta, Erdogan said the explosion near the Bab al Hawa crossing on Turkey-Syria border has no relations with Turkey and added, "those are the routine incidents in Syria."

Regarding a parliamentary motion to allow Turkish government an authorization for military action against Syria, Erdogan said the motion on Syria which was planned to be renewed on October 4 can be the same as previous or some amendments can be made. "Turkish Foreign Ministry and Turkish General Staff have been working on that".

Regarding Turkey's EU membership, Erdogan said "It is a big issue that the EU will not even provide Turkey some benefits on visa which EU has provided Latin American countries, although there are serious, positive developments now."

Erdogan also added, they talked Syria and Egypt other than bilateral relations and many international issues.

Indicating the continuation of Romania's alliance with Turkey for security and military issues, Ponta said, as NATO's east wing, "there will have been missile shields in two countries to protect the security of the region."

For the World Cup qualifying Group D match where Turkey defeated Romania 2-0, Erdogan said "Turkey will play with Estonia and Holland while Romania will face with Estonia and Andorra, that's why Romania has remained ahead of Turkey."

Ponta also said, "my friends in Romania may get angry at me but I congratulated Turkey for their win."