Bilir, son of former DP Bolu deputy Servet Bilir, said they are still grieving despite 53 years having passed since the coup and the referendum that took place on Sept. 12, 2010 opened the way to hold the coup perpetrators to account. 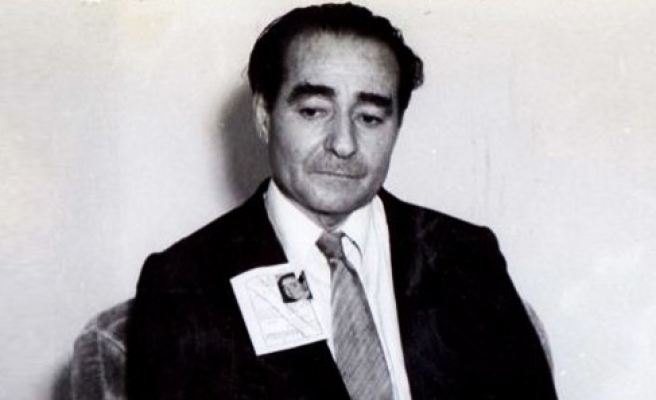 Hasan Serdar Bilir, the nephew of former Finance Minister Hasan Polatkan, who was executed following the May 27, 1960 military coup, has filed a complaint against the members of the coup's junta 53 years after the coup, stating he wants to see them punished.

On May 27, 1960, the military overthrew the government of then-Prime Minister Adnan Menderes. Menderes and his fellow Democrat Party (DP) members were tried in 14 separate cases on Yassıada, an island in the Sea of Marmara. The judges overseeing the case handed down 15 death penalties, 12 life sentences and hundreds of long-term imprisonments. Three of the executions were carried out: Menderes, Foreign Minister Fatin Rüştü Zorlu and Finance Minister Polatkan were hanged. Celal Bayar, who was president at the time, was among the 15 sentenced to death, but his execution was not carried out because of his age.

Bilir, who is also the son of former DP Bolu deputy Servet Bilir, said they are still grieving despite 53 years having passed since the coup, adding he still remembers the tears that his mother shed for his uncle during the coup period.

Stating that the referendum that took place on Sept. 12, 2010, opened the way to hold the coup perpetrators to account, Bilir said they had planned to take legal action against the May 27 coup junta with the son of executed Prime Minister Adnan Menderes, Aydın Menderes. However, Aydın Menderes died before they could do so. Bilir also stated that Aydın Menderes's wife, Ümran Menderes, Bilir's cousin, Nilgün Polatkan, and the families of other coup victims support him in his initiative to bring the May 27 coup perpetrators to justice.

On April 18, 1960, former Republican People's Party (CHP) leader İsmet İnönü openly threatened Menderes with a coup d'état, accusing his party of censoring the press, being engaged in acts that would harm the republic and the principles of Mustafa Kemal Atatürk, the founder of the Turkish Republic, and violating the Constitution. On May 27, the military junta took control of the administration, alleging that the state's secular character was at risk. According to the officers who staged the coup, it was aimed at putting an end to activities against secularism in the country. However, it is widely believed the coup was carried out to restore the administration to its original state, where power was only shared among the elite of the country.