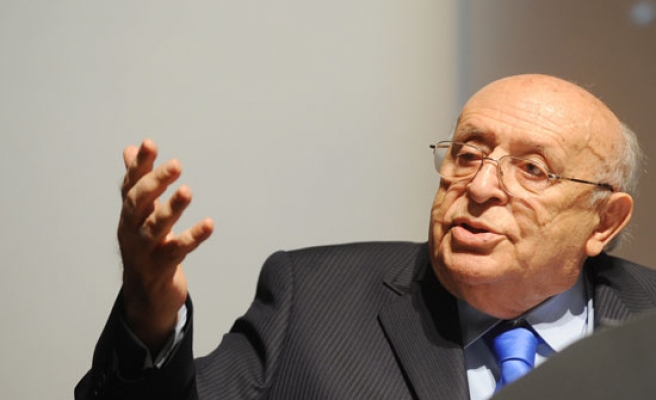 A lawyer representing a number of plaintiffs filed a criminal complaint against Süleyman Demirel, the Turkish president during the Feb. 28, 1997 period, for his role in the coup. The 18th hearing of the historic trial, which involves 103 suspects accused of attempting to overthrow a democratically elected government on Feb. 28, 1997, continued on Wednesday at the Ankara 13th High Criminal Court, where defendants are currently giving statements. Before the hearing began, lawyer Mustafa Polat filed a criminal complaint against Demirel for his role in the “postmodern” coup.

Polat also requested that the defendants be asked whether they would like repentance to be taken into account by the judges deciding their sentences. A coalition government led by a now-defunct conservative party, the Welfare Party (RP), was forced by the military to step down on Feb. 28, 1997. Not only was severe damage done to fundamental rights and freedoms after the coup, but democracy and the rule of law were also effectively suspended. The coup introduced a series of harsh restrictions on religious life, with an unofficial but widely practiced ban on wearing the Islamic headscarf at public institutions and universities.

During Wednesday's hearing, retired Gen. Çetin Doğan, a key suspect in the Feb. 28 trial, continued to deliver his defense. Doğan said it would be a mistake not to view religious fundamentalism as a threat today, adding that the fight against religious fundamentalism was the main topic in the meetings of the West Study Group (BÇG), an alleged clandestine organization within the Turkish military, during the Feb. 28 period.

“The fight against religious fundamentalism was discussed at BÇG briefings. There are records of this and news reports. The 54th government [which was toppled by the coup] was not discussed. It was mostly I who answered questions from participants at the end of the meetings,” he said.

During the days of Feb. 28, in order to ensure the removal of the RP from power on the charge that it promoted religious fundamentalism, the General Staff began briefing members of the judiciary, university rectors and journalists on "reactionaryism" at its headquarters in early 1997.

In his defense, Doğan also acknowledged that the military held meetings about the alleged threat of religious fundamentalism during the Justice and Development Party (AK Party) era.

Retired Gen. Doğan, who was also a key suspect in the Sledgehammer coup trial, was last year given a 20-year prison sentence for attempting to overthrow the government.