During the Feb. 28 coup, many military officers were expelled from the Turkish Armed Forces (TSK) over charges of their alleged involvement in religious fundamentalism just because they were praying or their wives were wearing headscarves. 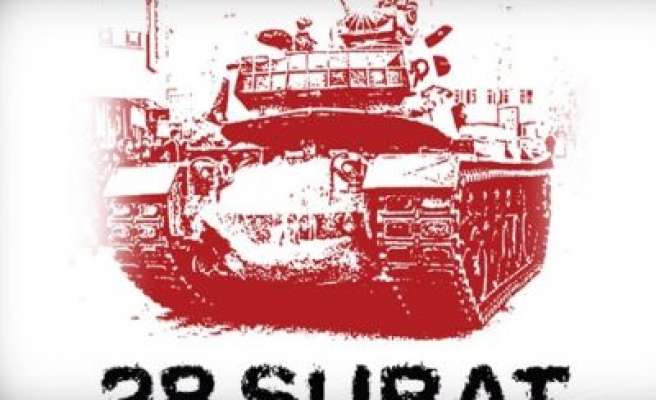 Retired Gen. Çetin Doğan, one of the key suspects in the ongoing Feb. 28, 1997 military coup trial, has said he would set himself ablaze if a document showing the military's interference in the social life of military members is found.

The 19th hearing of the historic trial, which involves 103 suspects accused of attempting to overthrow a democratically elected government on Feb. 28, 1997, continued on Thursday at the Ankara 13th High Criminal Court, where defendants are currently giving statements.

During Thursday's hearing, İsmail Aydost, a lawyer for one of the co-plaintiffs, told Doğan that the reason for victimization of people during the coup period was the West Study Group (BÇG), an alleged clandestine organization within the Turkish military which categorized people according to their ideologies and views, during the Feb. 28 period.

“You interfered in the entire social life military officers outside the military. … I also completed my military service and know it well that a military member cannot do anything outside the regulations. Was there any regulation about those practices?” Aydost asked Doğan.

In response, Doğan said, "If you find any document showing our interference [in the social life of military officers], I will set myself on fire in Kızılay Square [in Ankara].”

During the Feb. 28 coup, many military officers were expelled from the Turkish Armed Forces (TSK) over charges of their alleged involvement in religious fundamentalism just because they were praying or their wives were wearing headscarves. The military forced a coalition government led by a religious-minded party to resign over claims of rising religious fundamentalism in the country in 1997 in what is today known as the Feb. 28 coup. In his testimony, Doğan also denied claims that the military interfered in the praying of its members or their going to mosque.

“We didn't interfer in anybody's praying or going to mosque. We had a daily schedule. We just wanted everyone to comply with the schedule. Those who wanted to fast during Ramadan were given a long time and the meal times were rearranged for them. … There was not any interference in the lives of pious people,” he said.