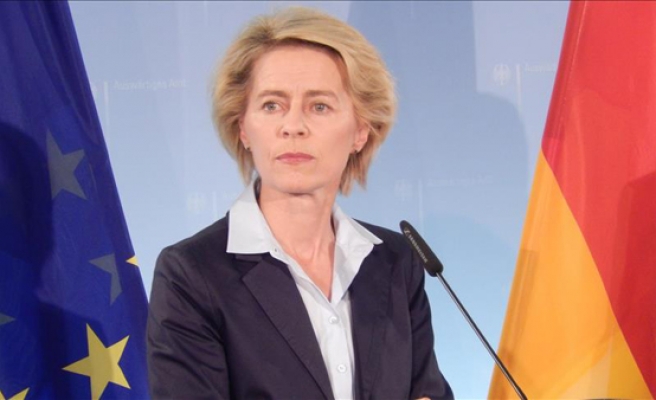 The German government has voiced support for accelerating Turkey’s EU membership talks, ahead of a key summit between Turkish and European leaders next week.

She said that Turkey has to adopt European standards during these negotiations.

“Then Turkey would also have to deliver reforms on press freedom and the rule of law,” he said.

Turkey started its EU membership talks in 2005 but progress has stalled mainly due to the Cyprus issue and the opposition of the previous French and German governments.

But the refugee crisis and growing instability in the region have increased the strategic importance of Turkey for the EU and raised Ankara’s hopes for reviving the membership process.

Chancellor Angela Merkel’s Christian Democrat bloc (CDU/CSU) has long been skeptical of full membership for Turkey, but softened its stance as Berlin started to seek closer cooperation with Ankara to address growing challenges in the region.

At an EU-Turkey summit in Brussels on March 7, European and Turkish leaders agreed on the outlines of a new deal, which foresees closer cooperation in addressing the refugee crisis, and also accelerating Turkey’s stalled EU membership talks.

The plan aims at improving conditions of Syrian refugees in Turkey, discouraging illegal migration through the Aegean Sea and the resettling some Syrian refugees directly from Turkey to the EU.

EU leaders are expected to decide on the plan at their summit meeting on 17-18 March in Brussels. Turkish Prime Minister Ahmet Davutoglu is also scheduled to take part in the discussions.