Headscarf freedom to go into effect before Eid

Deputy PM said that the government plans to adopt necessary regulations on the reforms concerning the headscarf and the recital of the Turkish pledge of allegiance before the Eid al-Adha holiday, which will begin next Monday. 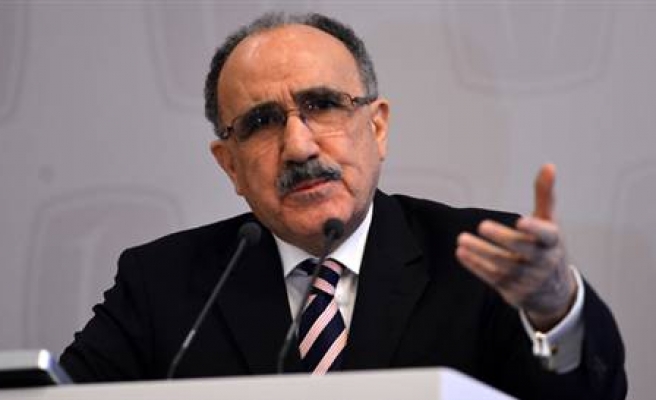 Deputy Prime Minister Besir Atalay has said a regulation that will allow civil servants to wear headscarves will go into effect before the upcoming Eid al-Adha holiday.

Allowing the wearing of the headscarf in public service was among a set of reforms announced by Prime Minister Recep Tayyip Erdogan last week. The package also included reforms such as providing for education in one's mother tongue in private schools; the restoration of original names of villages, districts and provinces; changes in the law on political parties, including the possibility of lowering the 10 percent electoral threshold for entering Parliament; and lifting the requirement of the primary school oath, a mass recital of the Turkish pledge of allegiance, deemed as a militaristic imposition of republic's founding philosophy.

There are also other more specific rights for religious and ethnic minorities such as returning the Mor Gabriel Monastery property belonging to Syriac Christians, which was seized by the state.

Atalay said on Monday that the government plans to adopt necessary regulations on the reforms concerning the headscarf, Mor Gabriel Monastery and the recital of the Turkish pledge of allegiance before the Eid al-Adha holiday, which will begin next Monday.

The regulation restricting wearing headscarves in public service will remain in effect for judges, prosecutors and military personnel. The Female Jurists Platform made a press statement on the regulation on Monday. Delivering a speech on behalf of the group, lawyer Figen Sastım stated that they would like to see the freedom to wear the headscarf in every sphere of the legal profession and the ban on the headscarf limits freedom of belief. Şaştım further said that professional experience and qualifications are needed to become a judge or a prosecutor and wearing a headscarf does not prevent that, emphasizing that the platform does not accept such a regulation.