The AK Party says it wants to hold the local elections earlier than March 2014 because politicians have difficulty campaigning in winter due to adverse weather conditions. 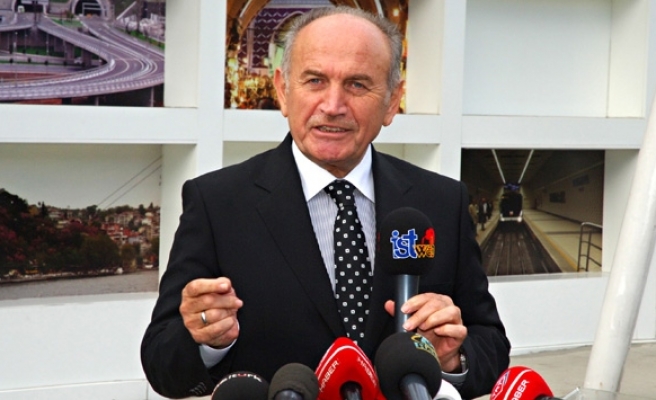 İstanbul Mayor Kadir Topbaş, who has been elected to the mayoral post for two consecutive terms for the Justice and Development Party (AK Party), has announced his candidacy for a third term, which he called a “term of mastership.”

The AK Party's bylaws prevent deputies from being elected to Parliament for more than three terms. It is also the same for mayors who have served three consecutive terms. However, there are rumors that the ruling party plans to loosen the bylaws, making it possible for deputies to run for Parliament again following a waiting period of one government term.

Topbaş said he will make preparations for İstanbul to win its bid to host the Olympics if elected İstanbul mayor for a third term. “I want a third term in office to prepare the city for the 2020 Olympics. I will work to equip the entire city with information technology and turn the city into a ‘smart' one. I am a candidate for a term of mastership,” he added.

The last time Turkey held local elections was in March 2009. Local elections are held every five years in Turkey. However, top officials from the AK Party have said the upcoming local elections slated for March 2014 could be held in the fall of 2013 if an agreement is reached with opposition parties to pass a constitutional amendment to this effect.

The AK Party says it wants to hold the local elections earlier than March 2014 because politicians have difficulty campaigning in winter due to adverse weather conditions.

Former leader of Grand Unity Party (BBP) Muhsin Yazıcıoğlu died in a helicopter crash along with five others near Kahramanmaraş in 2009 while campaigning for local elections.