Kılıçdaroğlu: Road of politics should be opened for PKK

Kemal Kılıçdaroğlu, leader of the Republican People’s Party (CHP), the main opposition party in Turkey, has said that the road of politics should be opened for Kurdish separatist PKK fighters in order to entice them to give up their arms. 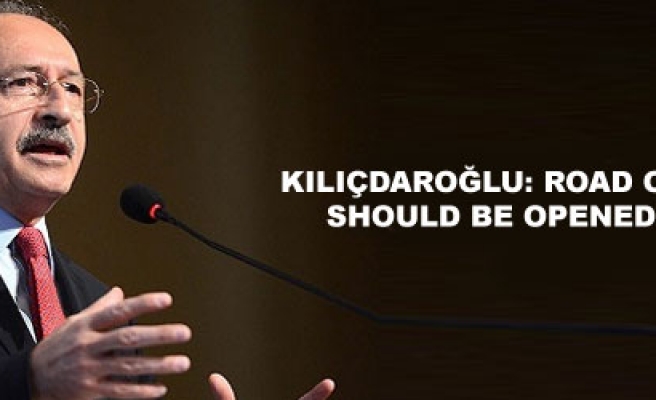 CHP party leader Kemal Kılıçdaroğlu has called upon the PKK join the political process in Turkey. Speaking to the Birgün newspaper, he also criticized the 10% minimum votes system used in Turkey required for parties to enter the parliament. He said ‘if you want a man to come down from the mountain, you need to open the road for him.’

He added, ‘with the support of the people we have strengthened our thesis for a solution and produced a 17-point manifesto for freedom and democracy. If there is any solution, we believe this is it. The 10% vote minimum, for instance. If you want a man to come down from the mountain, you need to open the road for him. This system has turned the Welfare Party (Refah), the Socialist Worker’s Party and the Freedom and Solidarity Party (ÖDP) into marginal parties. These parties have followings. They need to be allowed to enter politics.’

‘When the process first started, both the Justice and Development Party (AKP) and the Peace and Democracy Party (BDP) criticized us. They accused us of being an obstacle to peace. We ask them, what are we obstructing?’ Referring to the agreed pull-out of PKK fighters from Turkey, he said: ‘Did we stand at the border and stop PKK fighters from leaving? Did we say we didn’t want peace? No. In contrast we supported the move.’

‘This point proves that we are in the right,’ he said, emphasizing that in order for a man to give up his arms and partake in politics, he way to do so must be made easy for him.