PKK warns peace process could be near end 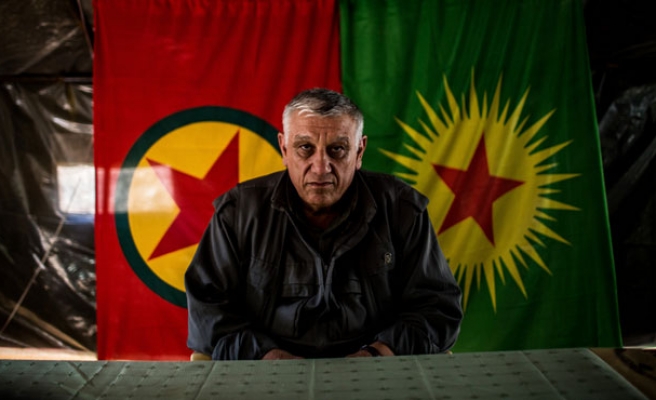 Kurdish militants demanded concrete steps from Turkey to advance a fragile peace process on Tuesday, accusing the ruling AK Party of stalling and warning that the negotiations could break down.

Hopes have been running high in recent weeks that jailed militant leader Abdullah Ocalan would call an end to an armed struggle which has killed 40,000 people over three decades and stunted development in Turkey's mainly Kurdish southeast.

But his Kurdistan Workers Party (PKK) warned in a statement on a website close to the group on Tuesday that the AK Party was creating "false perceptions" and needed to show it was sincere.

"Concrete steps should be taken by the AK Party. Otherwise the peace process is at a very critical and dangerous stage, and near ending," it said.

The government launched talks with Ocalan, who is in jail on an island near Istanbul, in 2012. The PKK, which is designated a terrorist group by the government as well as by the United States and the European Union, subsequently declared a ceasefire and began withdrawing to camps in northern Iraq where it is based.

Those involved in the talks remain tight-lipped on details, fearful of undermining the prospects of a final deal. Kurds have been pushing for Ocalan's release, an amnesty for fighters and steps towards autonomy.

Thousands of Kurds rallied in towns across the southeast on Sunday, the 16th anniversary of Ocalan's capture, some clashing with riot police as they called for his release.

Some close to the peace process have said recent unrest in the southeast suggests the PKK is flexing its muscles as it looks to stamp its authority on the mainly Kurdish region.

Ankara's hopes of a complete end to the PKK as an armed group have been frustrated by the role it has carved out for itself fighting in Syria and Iraq against Islamic State militants.

Battle lines have also been drawn in parliament over planned new security legislation, which would boost police powers. PKK commanders warned at the weekend against the plans, and the pro-Kurdish HDP has called for them to be withdrawn.

Media reports have said Ankara and pro-Kurdish politicians were set to announce a peace plan drafted by Ocalan, a condition he set for an end to hostilities and the withdrawal of PKK fighters from Turkey.

The plan is seen including improvements in his jail conditions, government pledges to push through political reforms, the establishment of a body to monitor negotiations and an amnesty for sick PKK convicts.

But Abdulkadir Selvi, a columnist in the pro-government Yeni Safak newspaper who has followed the peace process closely, said PKK commanders in northern Iraq had blocked the announcement of Ocalan's disarmament call.

"Qandil is thus pushing the PKK leader into a position where he has no power of sanction and limited say over the group," Selvi wrote on Tuesday.