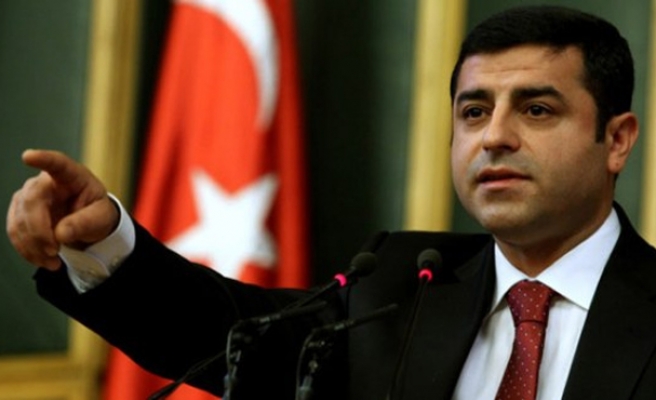 The Kurdish leader of Turkey's left-wing Peoples' Democracy Party, Selahattin Demirtas, used his presidential campaign launch on Tuesday to call for a new constitution and an end to discrimination against religious and linguistic minorities.

Presenting his election manifesto in Istanbul, Demirtas, 41, said: "We need a new constitution which will defend freedom and will be written by the people."

The presidential candidate, who is a member of parliament for Hakkari in Turkey's southeast, said he would embrace the whole nation and treat everyone equally if elected.

He also called for changes to the country's state-backed religious department, saying: "Everyone should be permitted to receive education in their own languages ... The Directorate of Religious Affairs, which is ideological, should be lifted. Discriminating remarks should be punished."

Demirtas was elected to the Grand National Assembly, Turkey's legislative body, in 2007 but was sentenced to ten months imprisonment three years later for alleged links to the outlawed Kurdistan Workers' Party, or PKK. The sentence was deferred due to his parliamentary immunity.

The Peoples' Democracy Party or HDP – which was established last year by the caucus of Peace and Democracy Party with the aim of widening the latter's relatively narrow Kurdish base in eastern Turkey – nominated Demirtas as their presidential candidate on July 2. He is one of the leading figures of pro-Kurdish politics in Turkey.

Demirtas criticized the lack of women candidates in the presidential race and inequality in financial support given to political parties: "There are some parties, which receive treasury support and some do not. If no party received such support, than it [the process] would be equal."

Speaking of the Kurdish peace process, Demirtas stressed the importance of democratization in Turkey in finding a solution to the Kurdish issue. "We have the necessary will [to carry out the process]”.

The government initiative – dubbed the 'solution process' – began early last year with a ceasefire between the state and the PKK.

Turkish citizens will go to the polls on August 10 to vote for the 12th president of the Republic of Turkey. This marks the first time that Turkey's president will be elected by direct popular vote.

A candidate needs more than 50 percent of the popular vote to be elected in the first round. If none of the three candidates receives the required percentage, a second round on August 24 will take place between the two candidates who received the most votes.