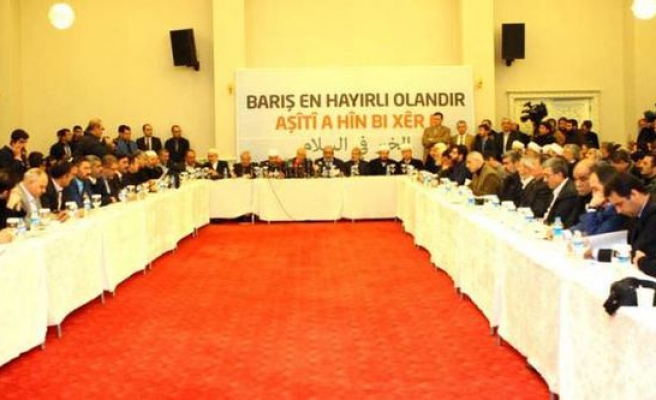 A two-day conference on the "Kurds and Peace in the Middle East" began in southeast Turkey on Saturday.

Organized by the Humanitarian Relief Foundation in Turkey (IHH), the meeting will be attended by 700 academics, politicians and civil society representatives and will feature speakers including Secretary General of International Union of Muslim Scholars Ali Mohiuddin Qara Daghi and former President of the Syrian National Council Abdulbaset Sieda.

The conference will focus on topics such as the Kurds as an ethnic group and Turkey's ongoing solution process to advance the Kurdish community in Turkey.

"Peace will only come when the Kurdish issue is resolved in all its dimensions,” IHH Vice Chairman Gulden Sonmez said. “The symposium will discuss what kind of a method for solution will contribute to resolving the issue and bringing peace in Turkey and the Middle East."

The IHH plans to publish the content of the conference in five languages -- Turkish Kurdish, Arabic, English and Zazaki.