The “exchange of letters” diplomacy regarding Turkey's Syria policy between the governing Justice and Development Party (AK Party) and the main opposition CHP has borne, as expected, no fruit. 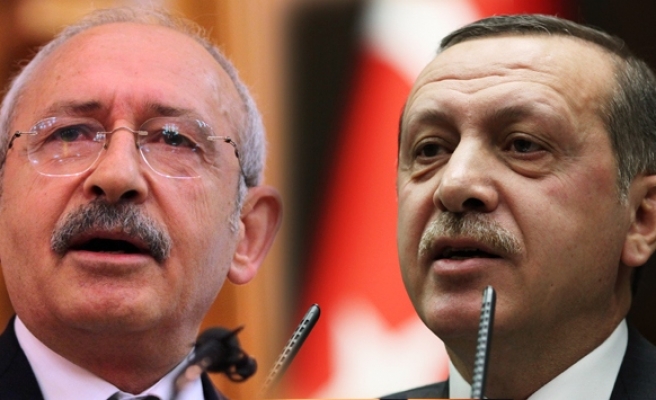 A letter written main opposition Republican People's Party (CHP) leader Kemal Kılıçdaroğlu and sent to Prime Minister Recep Tayyip Erdoğan concerning the CHP's position on the mounting crisis and violence in Syria has turned into a polemic between the two leaders.

Erdoğan has accused the leader of the CHP of supporting the Basher al-Assad regime in Syria in a letter he wrote in response to that of Kılıçdaroğlu. In the letter, Kılıçdaroğlu also made suggestions about the policy Turkey should adopt in response to the Syrian crisis.

Erdoğan argued in his letter that the main opposition's leader, Kemal Kılıçdaroğlu, failing to understand the crisis in Syria, adopted the wrong attitude regarding the issue. “Treating this issue as a matter of domestic policy, besides being politically and ethically wrong, is tantamount to supporting a regime that is responsible for the heavy humanitarian crisis unfolding before our very eyes,” said Erdoğan in his letter.

The “exchange of letters” diplomacy regarding Turkey's Syria policy between the governing Justice and Development Party (AK Party) and the main opposition CHP has borne, as expected, no fruit. The AK Party and the CHP disagree in a major way on the attitude Turkey should adopt regarding the crisis in Syria. While the CHP leader has repeatedly accused the government of acting as a subcontractor for Western powers on the Syrian issue, the AK Party has criticized the main opposition for ignoring the humanitarian crisis in Syria and for siding with the Syrian regime, thereby taking a position on the wrong side of history.

The CHP leader, who said in his letter dated Aug. 24 that the CHP was in favor of a Syria which would keep its territorial integrity and that Turkey should adopt a policy favoring peace and consensus in the country, proposed that Parliament call for an international conference to produce a binding resolution on Syria. In response, Erdoğan, noting that a conference on Syria was already held on June 30 with the participation of international actors, said, “The only aim of this initiative, of which Turkey is a part, is to protect the territorial integrity of Syria, and to make sure that the Syrian people live in peace and unity under a government which they themselves elected.”

In the letter, Erdoğan went on to harshly criticize the CHP's attitude, saying: “A political stance which does not make a distinction between the persecutor and the persecuted, the murderer and the murdered, who is right and who is wrong, is neither humane nor ethical. And the CHP administration is tainted with this humane and ethical weakness.”

Erdoğan also recalled that the government tried to make use of diplomatic channels, starting in February 2011 until September of that year, to begin a dialogue that would receive national consensus and to ensure political reforms are achieved in Syria, but that the Syrian regime did not respond to Turkey's efforts.

In response to the prime minister's letter, CHP spokesperson Haluk Koç expressed unease, and said the letter has prompted concerns in his party that the AK Party government will insist on a “policy that will drag Turkey into a situation full of danger and risk.”