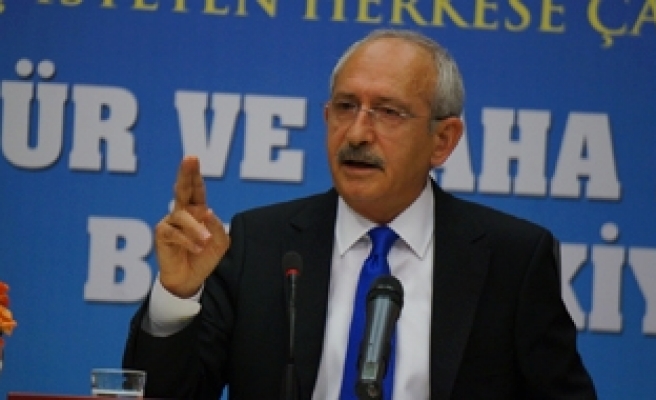 Turkey's main opposition Republican People's Party (CHP) leader Kemal Kılıçdaroğlu has accused the Justice and Development Party (AK Party) government of not being sincere in a set of reforms it has announced to strengthen democracy.

Sharing his party's views on the package made public by Prime Minister Recep Tayyip Erdoğan, Kılıçdaroğlu said on Tuesday that his party had earlier proposed many of the measures introduced by the government. “The package announced is a bad copy of our proposals,” Kılıçdaroğlu said.

Stating that the package fails to address fundamental problems of Turkey, Kılıçdaroğlu said the package cannot address Turkey's deficiencies in democracy. “They are not sincere about democracy. We do not have a government which has democratic maturity,” he added.

The government on Monday unveiled the much-anticipated package, which includes changes to the electoral system, broadening of language rights and permission for villages to use their original Kurdish names.