Turkish Deputy Prime Minister Bulent Aricn criticised military coups and said no one would dare such coups if the conctitution package get win "Yes." 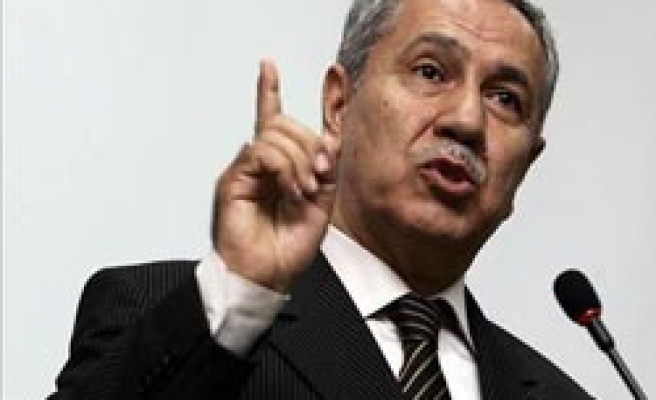 The generals who led coups d'état and overthrew governments in Turkey have never been held accountable for their deeds, which has contributed to military takeovers recurring from one generation to the next, but if the constitutional amendment package that will be put to a vote on Sept. 12 passes, this will rid Turkey of this shame, Deputy Prime Minister Bulent Arinc has said.

Arinc, who shared his views on the approaching referendum, told Cihan News Agency, “If we could have tried the coup leaders who usurped the authority of the civilian administration and ignored the national will in 1960, new juntas would not have formed and we would have been ahead of the EU in almost any way you look at it.”

Arinc said constitutional protection caused juntas to spread from generation to generation like a virus. He said Greece, which had tried its past junta leaders, was now an EU member, whereas Turkey has failed accede despite having made its first application to join what is now the EU 50 years ago.

He said elections should determine a country's politics, not tanks or rifles.
According to Arinc, public polls are important elements in fostering democratic awareness, noting that even local governments in Europe held such votes to see what their residents wanted. “Polls are a foundation of democracy, the more polls we have, the stronger democracy will be.”

‘No one will dare to stage a coup'

Noting that people are free to express themselves and their identities in a democracy, Arinc said no one would be perceived as a threat because of the region they came from, the way they dress, their beliefs or their ethnicity.
Underlining that difference would be seen as productive and be respected, the deputy prime minister said: “We can envision living in complete unity only in a democracy. Coups should never happen again in Turkey. They won't happen again. With the constitutional amendment, the military will go back to its constitutional duties.”

Arinc said the addition of a special provision on women into the package will add dynamism to social life. He also criticized, as a violation of women's rights, Turkey's headscarf ban -- in effect on university campuses and in military facilities.

He said he understood that the Turkish Armed Forces (TSK) must be meticulous about disciplinary issues, but people who had been dismissed should have the right to further judicial review to avoid arbitrariness. “Some of these people were expelled just because their wife wore a headscarf. The changes will end this cruelty,” Arinc said.