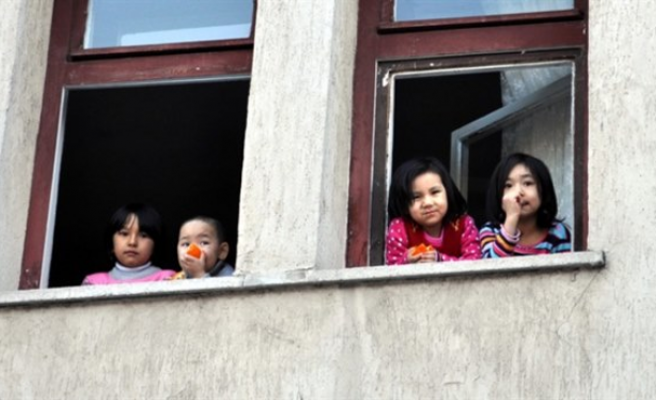 Seyit Tumturk, Vice President of the World Uyghur Congress and East Turkish Solidarity Association Chairman said that, “Those fleeing persecution were caught in Thailand. 367 people were caught. There were some that didn't get caught, they have made their way to Kayseri. Their numbers can increase”.

Seyyid Tumturk, said that the remaining Uighurs were housed and that they were being assisted and their needs were being met as well as mentioning that in recent days, there was a lot of interest from the public regarding East Turkistan. The Chinese occupation and the Communist regime has come to a peak with its Muslim assimilation policies. East Turkistan is the only region where fasting is banned. On the first day of Ramadan, in the town of Yarkent, two villages were burnt down and 3,000 Muslims were killed. Not one voice from the world spoke up about this. 27 East Turkistan were sentenced to death”.

Tumturk also said that the silence from the world, in particular the Muslim word, and the world public, with the UN at the head, international organisations, and the European parliament encouraged China's treatment of these Muslims.

Tumturk said, “This silence, from the 1 January 2015, now means that the prayers are now illegal. Rugs, skullcaps, beads, beards, and hijabs, all are symbolic of Islam and are now considered terrorist elements. This is unprecedented in the world. Prayer, fasting, religious education is being discussed within the scope of terrorism and today, unfortunately Xinjiang is like an open air prison”.

He also said that, Turkey is taking care of its Uighur brothers and sisters, saying that, “In Kayseri, they have provided a warm and peaceful environment for the children. For them, their shelter, food and clothing needs have been taken care of. WE thank everyone who has been involved – our state, our government, our governor, the mayor and the NGO's.