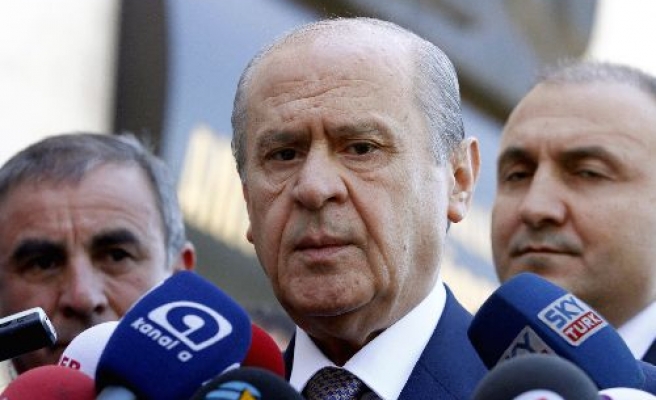 Bahceli released a written statement and commented on the informal results of the referendum.

"Despite all these, everybody should respect results of referendum. Following approval of the constitutional changes by the Turkish nation, a dark period full of risks and dangers has started for Turkey," Bahceli said adding that, "MHP is ready to do its best for peace, security and unity in Turkey in this difficult period."

"We warn and call on Erdogan to understand that his efforts to progress PKK move, taking courage from the results of constitutional referendum, would cause results which he could not overcome and we call on Erdogan to give up resisting applying to arbitration of the Turkish nation by going to early elections at the earliest," he said.