Cemil Bayık has become the new president of the executive council. 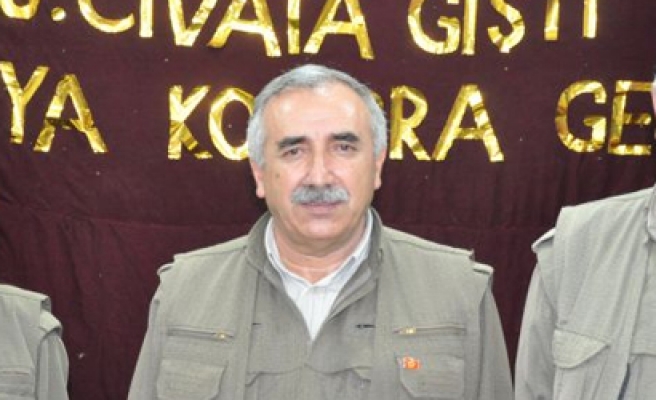 Kurdish rebels have named a veteran senior militant as co-head of their political wing, replacing a relative moderate and clouding the future of a peace process with the Turkish state that has been disrupted by renewed violence.

The umbrella political group of the Kurdistan Workers Party (PKK) publicly reaffirmed on Wednesday a commitment to ending the conflict, which has killed 40,000 people in 29 years.

But the ousting of Murat Karayilan as deputy to jailed PKK leader Abdullah Ocalan in favour of veteran hawk Cemil Bayik and female militant Bese Hozat as joint heads of the political wing coincided with a faltering in the peace process in recent weeks.

It has lost momentum in the face of renewed PKK attacks and Turkish criticism of the pace of a rebel withdrawal from Turkey into northern Iraq that began in May.

Bayik, a long-time senior figure in the PKK's military wing, and Hozat were promoted over Karayilan at a meeting of its executive council in northern Iraq at the start of July.

Ocalan, who launched peace talks with Ankara last year and called a ceasefire in March, remains the overall head despite being imprisoned on an island near Istanbul since 1999.

The PKK council pledged in a statement to pursue peace efforts "despite the negative stance of the government ... We call on everyone to take part in the democratic struggle so that all can live together fraternally on the basis of a solution to the Kurdish problem and Turkey's democratisation".

The statement gave no reason for Karayilan's removal.

The decisions were taken at a six-day "general meeting" of the PKK umbrella group on northern Iraq's Qandil mountain. Some 162 delegates from Turkey, Syria, Iraq and Iran took part.

Pro-Kurdish politicians are pressing the government to make good on reforms pledged under the peace process to improve the rights of Kurds, who comprise 20 percent of Turkey's 76 million population, and they launched a summer of protests in June.

A Kurdish youth was shot dead in a protest against the construction of a military outpost in the mainly Kurdish southeast of Turkey on June 28.

Concerns about the process rose further last week when PKK fighters attacked two military outposts in the southeast, breaking a three-month-old truce. But Turkish officials denied militant reports that a soldier had been killed.

Separately, a legal Kurdish political grouping on Wednesday called on the justice ministry to send to Imrali island an independent committee of doctors to assess the health of Ocalan, who has long suffered from an eye ailment.