Mehmet Ocalan said his brother Abdullah is doing his best to continue with the settlement process, which aims to resolve the longstanding conflict between the state and PKK in the country, so his conditions need to be changed. 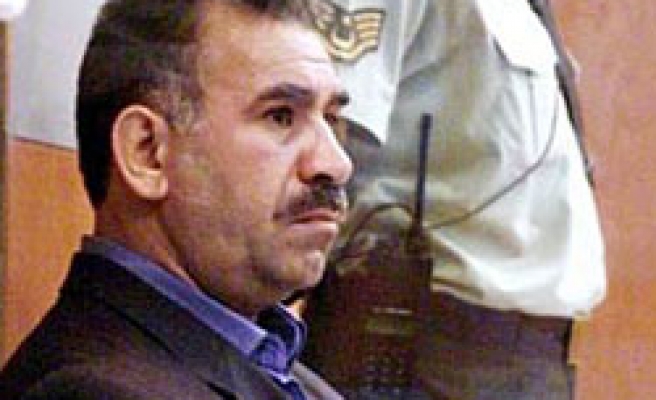 Mehmet Ocalan, brother to imprisoned Kurdistan Workers' Party (PKK) leader Abdullah Ocalan, said on Monday that the prison conditions of his brother need to be changed and improved.

Speaking to reporters before traveling to Imralı Island, where Ocalan is imprisoned, Mehmet Ocalan said his brother is doing his best to continue with the settlement process, which aims to resolve the longstanding conflict between the state and PKK in the country, so his conditions need to be changed.

“The Turkish press reports things like saying a villa has been built for Abdullah Ocalan. Those making this claim should go there [Imralı Island] and stay there for a month. They should see how life is in that 12-square-meter cell. Now, the biggest contribution to this [settlement] process comes from Abdullah Ocalan. His conditions need to be changed. I mean he can contribute to the process to a certain extent under these circumstances,” he said.

As part of the settlement process, Ocalan called on PKK forces for a cease-fire and withdrawal from Turkey in a historic message on March 21.

Ocalan, imprisoned on Imralı Island in the Sea of Marmara, south of Istanbul, since his capture in 1999, has significant influence among PKK members and supporters. The Turkish state believes that talks with the leader may result in the PKK members eventual laying down of weapons.

Mehmet Ocalan also complained that his brother has not been allowed to meet with his lawyers for two years, adding that this also needs to be changed.

“This [meeting with one's lawyers] is a legal right. No matter how political the case of Abdullah Ocalan is, it is also a legal case. So we expect legal obligations to be fulfilled. We want Ocalan to be able to meet with his lawyers as soon as possible. A visit from his lawyers will be beneficial,” he said.

Foundation including ‘Kurdistan' in name established for first time in Turkey

A foundation named the Kurdistan Youth Movement Foundation has been created in the southeastern province of Diyarbakır and is the first foundation to include the word “Kurdistan” in its name.

In Turkey, Kurdistan is a problematic word not used by state authorities or the majority of the people. Most Kurds use the word Kurdistan to refer to an area that is predominantly Kurdish.

Holding a news conference in Diyarbakır on Sunday, Serhad Merdini, head of the foundation, announced that they did not face any legal problems during the establishment process for the foundation.

Merdini said the foundation, which became a legal entity on July 25, is the first such institution that has the word “Kurdistan” in its name.

He said the foundation supports individualization and personal autonomy. It was established by a group of people who are known as “opposition Kurds” due to their opposition to the use of weapons and violence in the solution of the Kurdish problem.