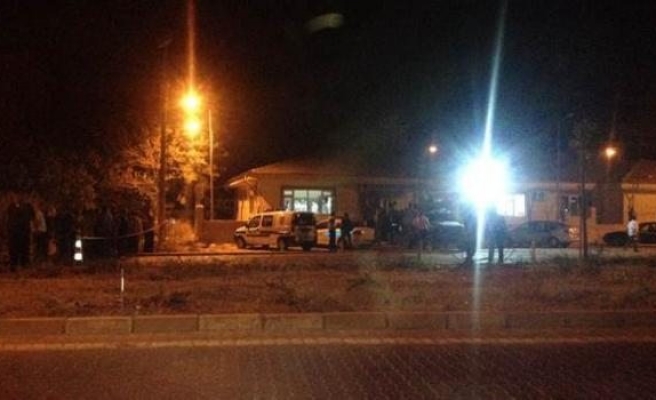 A Turkish police officer was in a critical condition on Wednesday after a police regional traffic office came under rocket attack from suspected Kurdish militants, a security source said.

Speaking under condition of anonymity, the source said the office in Kovancilar, Elazig province, was hit by small arms and rocket fire. Two other officers received less serious injuries.

The Kurdistan Workers Party (PKK), which is designated a terror group in Turkey, the U.S. and EU, is thought to be behind the attack, the source said.

The injured were taken to Kovancilar State Hospital. A search for the attackers has been launched.

Earlier on Wednesday, two special operations police officers were slightly injured when their car was hit by a roadside bomb in Mardin province’s Derik district.

Since July 7, when a police officer was shot dead in the southeastern city of Siirt, 72 members of the security forces have been martyred in suspected PKK attacks.

Four Turkish police officers travelling in a vehicle in southeast Turkey were killed on Thursday when explosives believed to have been planted by Kurdish militants were detonated as they passed by, security sources told Reuters.

The blast in Mardin province is the latest in a surge of near daily attacks against security forces by Kurdistan Workers' Party (PKK) militants since the collapse of a two year ceasefire in July.