Since April 2012, Pakistan has continued to detain four of KARKEY's vessels, including two powerships, and a crew of 30 Turkish nationals within its territorial waters 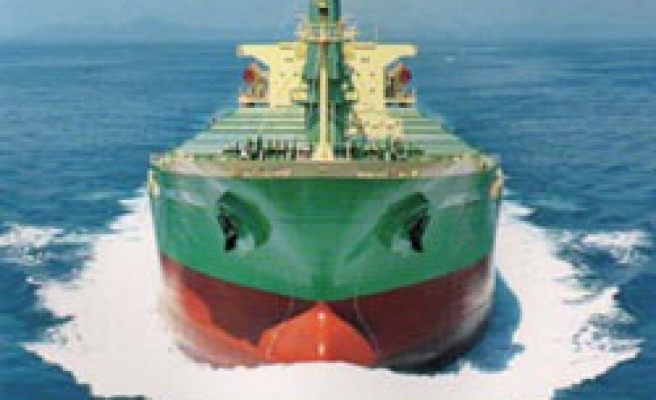 The case of a multimillion dollar legal dispute between the Pakistani government and Turkish energy company Karadeniz Holding subsidiary KARKEY Karadeniz Elektrik Üretim A.Ş., started on Monday, the day Pakistani Prime Minister Nawaz Sharif arrived in Ankara seeking economic assistance and investment from Turkey. The prospect of enhanced bilateral cooperation in the energy sector was dimmed by the long-running legal dispute involving KARKEY and the Pakistani authorities. The first hearing of one of the largest investment disputes in the history of the Pakistani government was scheduled for Monday.

Since April 2012, Pakistan has continued to detain four of KARKEY's vessels, including two powerships, and a crew of 30 Turkish nationals within its territorial waters, despite several attempts by KARKEY to reach an out-of-court settlement.

Unable to reach a settlement, KARKEY took the dispute to the World Bank-affiliated International Centre for Settlement of Investment Disputes (ICSID) in Washington, D.C., seeking compensation and damages earlier in March. An initial ICSID hearing was due to take place on Monday.

No ruling on provisional measures is expected on Monday. Nuray Atacık, the chief commercial officer of KARKEY, said the ICSID hearing was expected to set the procedural agenda for the case and discuss the provisional measures to avoid an escalation of damages claimed by KARKEY. Pakistan faces a potential bill of more than $750 million if the court rules in KARKEY's favor.

“Increased economic cooperation between Turkey and Pakistan is in the best interest of both countries. This unnecessary dispute has clouded the climate for bilateral cooperation and has damaged investor and business confidence. We hope it can be settled quickly and fairly, preventing it from becoming an obstacle to future successful Turkish collaborations with the government of Pakistan in the energy and other sectors,” Atacık stated.

An unnamed Pakistani official also told Today's Zaman that Pakistan does not want the case with KARKEY to overshadow the friendly relations between the two countries.

Extended conflicts between the previous Pakistani government and the Supreme Court of Pakistan are said to be the cause of the detainment of KARKEY's ships. The powerships were delivered to help ease the electricity shortages in Pakistan under an international tender for rental power plants initiated by the previous government.

Commenting on the case, Gökşin Demiral Duman, the coordinator of the Turkish-Pakistani Business Council, which operates under the Foreign Economic Relations Board (DEİK), told Today's Zaman that the long-lasting dispute between KARKEY and Pakistan is not expected to have a negative impact on Turkish investment in Pakistan. “Although the current ship detainment issue between KARKEY and Pakistan will create a psychological barrier for Turkish investors, in the long run this dispute is not predicted to have a deep-rooted negative impact on economic relations between the two countries,” added Duman.

Sharif arrived in Turkey on Monday for a two-day official visit, his first as prime minister since winning the general elections in May. Sharif will meet with President Abdullah Gül as well as Prime Minister Recep Tayyip Erdogan. The two prime ministers will co-chair the third meeting of the High-Level Cooperation Council (HLCC) in Ankara. In order to further enhance relations in all fields, especially in the economic and commercial spheres, the two countries are likely to sign several agreements and Memorandums of Understanding (MoU).

In discussions specifically pertaining to the energy sector, Sharif will reportedly seek a framework agreement between Turkey and Pakistan on power generation and distribution, as well as an enhanced cooperation agreement between Pakistan's state-owned oil and gas companies and their Turkish equivalents.

KARKEY has developed and financed a major power project in Pakistan, making it one of the largest foreign direct investors in that country. The purpose of the project was to supply Pakistan with electricity generated by KARKEY's two industrial powerships. The project “Power of Friendship” was developed and conducted by the Karadeniz Energy Group for countries in the Middle East, Africa and Asia, aiming to fulfill the urgent electricity needs of countries. Powerships can operate both on liquid fuels as well as natural gas with a dual fuel option. Powerships' capacities range from 45-500 megawatts and are delivered between 60-180 days to provide uninterrupted electricity at various high voltage levels as a medium-term solution with contracts between two and five years.