Çiçek said Turkey absolutely needs a new constitution, recalling that the nation's current Constitution has been amended 19 times in the past 30 years, but political parties are unable to reach an agreement. 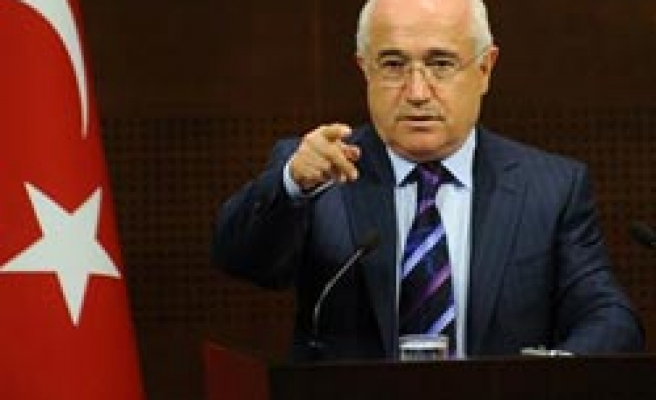 Parliament Speaker Cemil Çiçek will be extremely busy throughout Tuesday, as he has scheduled separate appointments with the three opposition parties in Parliament to speak about the future of the parliamentary Constitutional Reconciliation Commission.

First, the parliament speaker will get together with Nationalist Movement Party (MHP) leader Devlet Bahçeli at 2 p.m., and then with Peace and Democracy Party (BDP) co-chairs Selahattin Demirtaş and Gültan Kışanak, and later with Republican People's Party (CHP) leader Kemal Kılıçdaroğlu. Each meeting is expected take an hour. A date for a meeting with the Justice and Development Party (AK Party) leader -- Prime Minister Recep Tayyip Erdoğan -- has not yet been set, Çiçek said, but he noted that a meeting would likely take place Wednesday or Thursday.

The Constitutional Reconciliation Commission has been trying to draft a new and more democratic constitution for Turkey. However, Turkey's political parties have failed to agree on most of the articles, with each party drawing a number “red lines” that cannot be crossed. Çiçek said that during his visits to party leaders he will “lay down the picture of the situation as it is.” He said, “We don't have the luxury of prolonging this affair. The elections are near. It will be really difficulty to do this business in an election environment. There is a time for everything.”

The AK Party says the commission no longer has any chance to reach consensus on a mutually agreed text for the constitution, and therefore should be dismissed. Opposition parties, however, say they aren't yet ready to leave the table, and that they'd like to continue negotiations without the pressure of a deadline.

But is there really a possibility that Çiçek's round of visits will produce a result? Not according to Levent Köker, a constitutional professor at the Near East University. Köker said: “Even if no result comes out of the commission, the party leaders have to explain in very clear terms the reason for the failure. They should explain, article by article, why there could be no consensus.” He said he would like to see the process continue, but believes this unlikely. Köker said the commission has agreed on more than 50 articles, and has made significant progress. He said: “For example, what will happen with the issue of education in one's mother tongue. If a draft text for the new constitution cannot be agreed on, it should be understood who is against what. Even if we can't draft a new constitution through this commission, these discussions will contribute to later debate.”

CHP deputy İsa Gök said it wasn't only the separate political parties that failed to agree. He claimed the constitution was also becoming a divisive issue within parties, adding that the attitudes of party education in one's mother tongue divide Turkey.” He added that the red lines of CHP voters were different from those of the party.

He said he believed there was no possibility that the four parties would agree on a constitution, and called Çiçek's planned round of talks “visits in vain.” “Nobody is sincere, everybody wants different articles according to their own ideas. None of them are sincere.”

In a Monday statement, Çiçek said Turkey absolutely needs a new constitution, recalling that the nation's current Constitution has been amended 19 times in the past 30 years. “Nothing but instability will come if you keep making changes to your fundamental law every 15 months.”