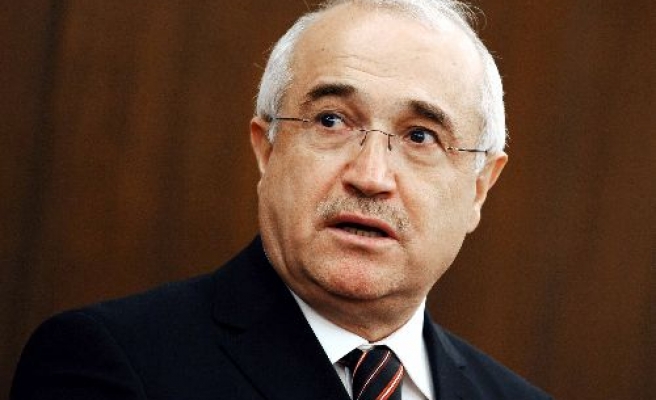 Turkish Parliament Speaker Cemil Cicek said Monday he would visit the leaders of Turkish political parties on Tuesday to discuss the new constitution.

"I will put forward the outlines, but we cannot extend this issue further. Because general elections come closer. It is really difficult to tackle with these issues amid elections. Everything has a time limit."

Cicek also said,  "A constitution which has changed eighteen times in 30 years...The most important obstacle in front of stability is the constitution today. It is a must for us to change the constitution. Four political parties, parliamentarians of this period and I can produce excuses, but our citizens follow the results and put them in front us."

Stating he would visit leaders of Turkish parties on Tuesday about what they think about the new constitution and put forward the outlines. Cicek said the decision on such consultations was made by his friends in the commission which represented four political parties.

Expressing everything had a time limit, Cicek said it was really difficult to deal with those issues amid the general elections in Turkey. "Our parties should realize the importance of the issue and we don't have much time left," said Turkish Parliament Speaker Cemil Cicek.