Pentagon: 'We appreciate use of Turkish air base'

Spokesman Peter Cook stressed the importance of the strategic airfield and said the U.S. is "very appreciative of the access" to Incirlik emphasizing their need to use the airbase. 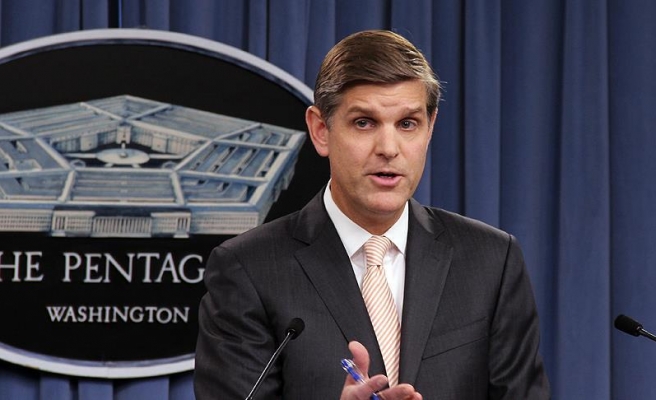 At the Pentagon, spokesman Peter Cook stressed the importance of the strategic airfield and said the U.S. is "very appreciative of the access" to Incirlik.

"We certainly will continue to have our conversations with Turkey and make that point clear," he said. "It's a valuable and important part of our operations and we certainly hope and expect that it will continue."

Turkey has the right to shut down its strategic Incirlik Airbase in the southern coastal Adana province, the president’s spokesman Mrs. İbrahim Kalin said Thursday.

"We always have this right. But as I said, first the conditions should be evaluated. We have the right to retrench as part of Turkey's sovereign rights," said Ibrahim Kalin, speaking on Turkish news channel Kanal 24.

Kalin's words came as Turkey is questioning the role of U.S.-led coalition operations against ISIL in Syria.

He said Turkey has told U.S. officials it has not received sufficient support in its fight against ISIL and expects full support in its bid to drive ISIL terrorists out of Al-Bab, Syria.

"Turkey will never allow the formation of a terrorist corridor in the region," Kalin said.

He said the Turkish people are wondering about the continued presence of U.S. forces at Incirlik, given that the U.S. is not supporting Turkey’s most significant operation.

"The entire world has been made safer by the operations that have been conducted there," Dorrian added. "It's a very important base to the coalition and to the ongoing fight against ISIL."

Turkey allowed U.S. aircraft to be stationed at the base to conduct airstrikes against ISIL in 2015.