PKK chief wants to meet with media on his prison island

Ocalan, held on an island jail south of Istanbul, met on Sunday with a delegation from the pro-Kurdish opposition Peace and Democracy Party (BDP). 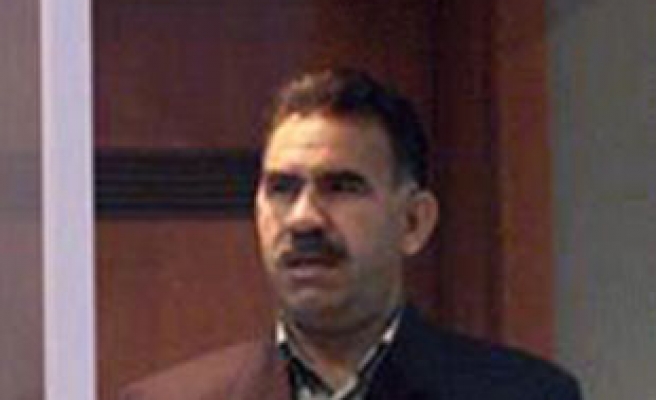 Jailed Kurdish militant leader Abdullah Ocalan said on Sunday that a peace process to end three decades of conflict was still continuing with all "seriousness", but that Ankara needed to take concrete steps before parliament opens in October.

But a recent increase in militant activity in southeastern Turkey and frustration among Kurdish leaders over what they see as a lack of commitment by the government is fuelling fears that the process could unravel.

The PKK on Friday issued what it said was a "final warning" to Turkey to take steps to advance the process.

Ocalan, held on an island jail south of Istanbul, met on Sunday with a delegation from the pro-Kurdish opposition Peace and Democracy Party (BDP). In a statement issued by the BDP, Ocalan said the process was still on track.

"The process that we have started is continuing with its full weight, in all seriousness and depth," Ocalan said.

"However, ... the government must definitely act quickly. Near to the opening of parliament (on Oct. 1) the government is now expected to take concrete and practical steps," he said.

Ocalan said he was still hopeful over the process and that it had not reached a "deadlock".

In Sunday's statement, Ocalan also requested to be allowed to meet with the media on his prison island so he could convey better how to advance the process. Ocalan has been kept in virtual isolation since his capture by Turkish forces in 1999.