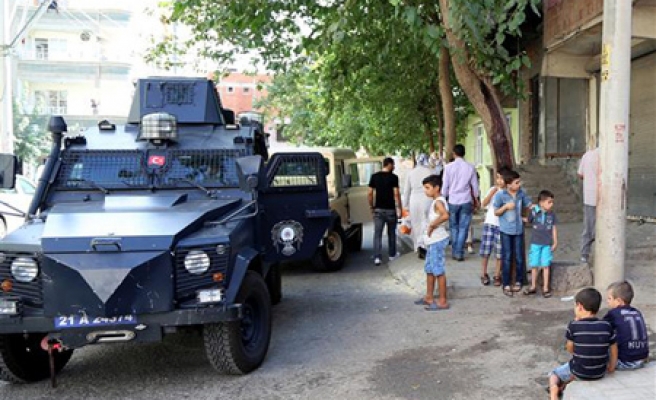 A nine-year-old girl was killed and five other people injured in a rocket-propelled grenade attack carried out by PKK terrorists in southeastern Turkey on Sunday, Diyarbakir governor’s office said in a statement.

The attack took place in the evening in Diyarbakir's Bismil district, when PKK terrorists targeted but missed an armored police vehicle, hitting an apartment building that left residents injured, the statement said.

The injured were taken to hospitals in Diyarbakir.

Meanwhile, a PKK militant was killed and another fled in an operation by security forces following an armed PKK attack on police in Hakkari province, the governor's office said.

According to Turkish government figures, the PKK has killed around 30 civilians since July, while more than 120 members of the security forces have been martyred.

The renewed violence came in the wake of the July 20 Suruc massacre following a fragile cease-fire from early 2013 as the “solution process” sought an end the 30-year Kurdish conflict.