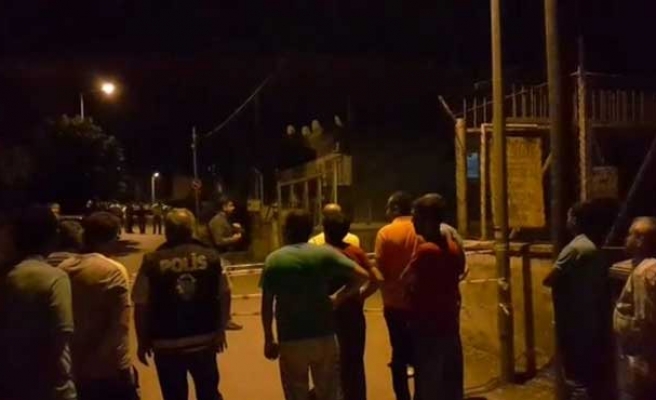 According to police, the PKK terrorist group wanted to strike Bayindir District Police Department in Izmir, but the rockets they fired fell close to residential areas and did not claim any casualties.

One of the rockets struck the roof of a house, which was only 100 meters away from the local police department.

Another rocket landed on a field used as a depot by the state hospital in Bayindir district.

A resident of the house, which was hit by one of the rockets, talked to Anadolu Agency about the incident.

Semih Parmaksiz, the 62-year-old whose house was struck, said he was playing computer games with his headphones on when the incident took place.

"I heard a big blast and thought it was fireworks. When I took my headphones off, I saw the windows of the house were broken," Parmaksiz said, adding that his family and he then immediately evacuated the house and called the police afterwards.

An investigation has been launched into the incident.