PKK says September 1 is the deadline

"From now on, steps must be taken. September 1 is the deadline," Cemil Bayik, who was promoted earlier this month to become deputy to jailed PKK leader Abdullah Ocalan, told Firat News. 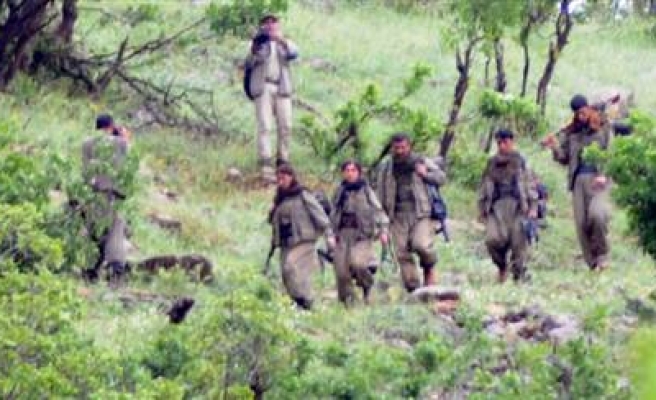 The Turkish government must take concrete steps by September to advance a peace process with Kurdish militants or risk a return to hostilities, the co-head of the rebels' political wing was quoted as saying on Wednesday.

The Kurdistan Workers Party (PKK) and the government opened peace talks last October with the goal of ending a conflict which has killed 40,000 people in three decades and stunted the development ofTurkey's mainly Kurdish southeast.

But the process has faltered in recent weeks, with Ankara complaining a withdrawal by PKK fighters into northern Iraq is happening too slowly. Its fragility has been highlighted by isolated militant attacks on military outposts.

"From now on, steps must be taken. September 1 is the deadline," Cemil Bayik, who was promoted earlier this month to become deputy to jailed PKK leader Abdullah Ocalan, told Firat News, a website with links to the militants.

"If there are no steps being taken by September 1, then it will be understood that the aim is not peace ... In that case, the freedom movement and Kurdish people will defend itself."

The delicate process has taken on an additional urgency for Turkey as Kurdish militias fighting in neighbouring Syria's civil war push for greater autonomy for parts of northern Syria, just over the border.

Ankara is concerned that a violent struggle for greater Kurdish independence there could embolden the PKK on Turkish soil and jeopardise the peace process.

Kurdish leaders have called on Prime Minister Tayyip Erdogan's government to launch reforms set out under peace talks with Ocalan, but Ankara has said the Kurds need to keep their side of the bargain by speeding up the withdrawal of their fighters to northern Iraq.

The reforms include steps to boost the rights of the Kurdish minority, including abolishing an anti-terrorism law under which thousands have been imprisoned for links to the PKK.