﻿Turkish PM Ahmet Davutoglu briefed provincial chairmen of the AK Party on the government's various efforts and achievements in the 42 days since he became prime minister. 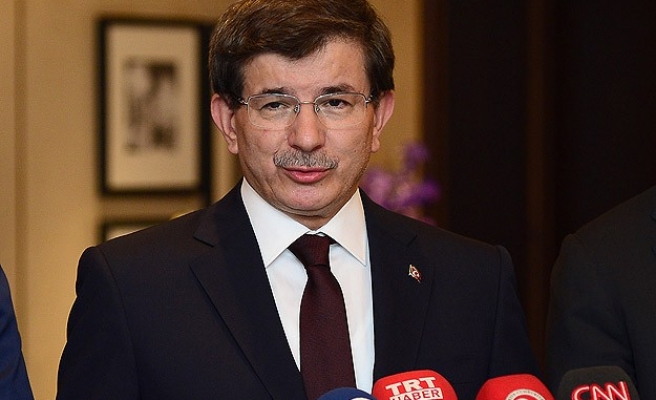 During a meeting of provincial chairmen of the AK Party, held at the party headquarters in the Turkish capital, Ankara, Davutoglu stressed that the hand-over processes both in the offices of the Turkish presidency and of the AK Party chairmanship -- and subsequently the office of the prime minister -- had been smoothly handled.

"We disappointed those expecting a breaking up of the AK Party after the change in command," he said.

Davutoglu maintained that they had taught everyone a political lesson during the 42 days since his name was announced by Erdogan as the new head of the ruling party and the Turkish government on August 14.

"We made it through an unfaltering period of transition and restructuring, within the 42-day period. Our party had its new form only in three days," he said.

Turkey's new government under Prime Minister Ahmet Davutoglu was officially formed on September 6 after receiving a vote of confidence by the Turkish parliament.

Davutoglu also spoke in detail on key reforms achieved after the first Council of Ministers' meetings that he chaired.

The head of the Turkish government namely mentioned the historic decision Monday to remove the decades-long ban of the headscarf in secondary and high schools.

Davutoglu added they had also devised a comprehensive anti-drugs action plan for the approval of the Council of Ministers last week to count drug trafficking as a 'crime of terrorism,' with the aim to bring the fight to drug dealers that target school children.

He also added that a new roadmap regarding the EU accession process had been launched in mid-September. Called the three-pillar "Turkey's New European Union Strategy," it aims to eliminate the obstacles to EU membership by accelerating the dynamics of Turkey-EU relations.

Davutoglu also mentioned the successful Turkish efforts to deal with the recent influx of Syrian Kurds into the country, seeking shelter from ISIL attacks on the town of Kobani, which lies on the Turkish-Syrian border.

"We also taught a humanitarian lesson. We […] handled the intense refugee flow from Syria and Iraq," he said.

He announced that 160,335 Syrian Kurds had entered the country from Kobani since last Friday when Turkey opened the border to cope with the thousands of Kurdish civilians amassed at the border fences because they feared an attack from ISIL militants.

"In only three days last week, 138,211 of them entered our territory. With the incoming Syrians, the total number of refugees in Turkey has exceeded 1.5 million," he said.

Davutoglu reiterated that in case of any humanitarian crisis, Turkey does not differentiate between Kurds or Yazidis, Alawites and Sunnis.

"Syria and Iraq are our neighbors, which means the faith of their people is ours. If there is uneasiness and tension there, we can never be at peace on the Anatolian soil," he noted.

The prime minister added that the government had established a two-leg "national security mechanism," which will hold meetings every fortnight to discuss and evaluate the issues on national security and the Kurdish solution process under his chairmanship.