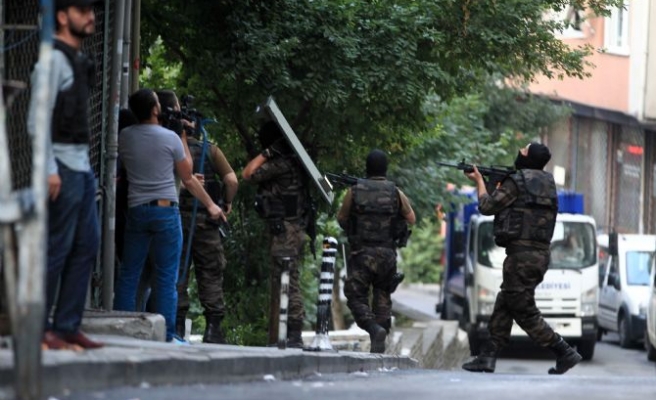 Thirteen people were taken into custody early Wednesday in Istanbul for allegedly being linked to the terrorist organization PKK, police have said.

Anti-terror teams raided 23 different locations simultaneously in the districts of Kartal, Pendik, Sancaktepe, Sultanbeyli, Atasehir on the Asian side and Bagcilar on the European side of the city.

One automatic rifle, dozens of bullets, illegal cigarettes, and documents were seized during the dawn operation.

Turkey has been carrying out operations against the PKK -- considered a terrorist group by Turkey, the E.U. and U.S. -- inside and outside of Turkey, since July 24.

Since July 24, over 1,600 people have been arrested in waves of counter-terrorism raids amid a spike in attacks targeting security officers after the July 20 deadly suicide bombing in the southeastern Suruc district. The suicide bombing was blamed on Daesh.

The renewal of fighting between the PKK and Turkish security forces marked the end of the fragile two-and-a-half year lull to fighting as the ‘solution process’ sought to end the 30-year conflict.