Gül said on Monday that the State Audit Institution had uncovered highly unsettling facts about the Yazıcıoğlu investigation. 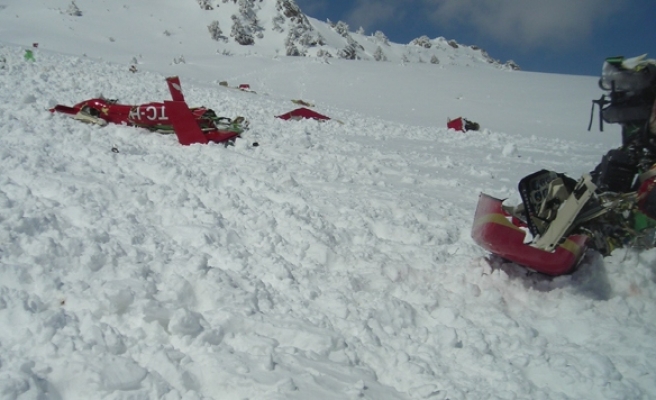 Investigators know the identities of the people caught on video, the content of which was described publicly by the president last week, uninstalling the flight data recorder from the wreckage of a chopper carrying a political leader shortly after it crashed in 2009, Grand Unity (BBP) Deputy Chairman Mustafa Destici has said.

The existence of the video was revealed earlier this week by President Abdullah Gül, whose office is investigating suspicions that the chopper crash that killed BBP leader Muhsin Yazıcıoğlu was the result of sabotage.

Gül said on Monday that the State Audit Institution (DDK) had uncovered highly unsettling facts about the Yazıcıoğlu investigation.

He said DDK inspectors had reasons beyond suspicion to believe that the helicopter's camera, which went missing after the crash, had been purposefully removed by individuals who knew what they were doing.

Gül said the DDK's probe investigated the absence of the box. "Can you imagine? It was uninstalled with special instruments. Our inspectors have established this as fact," Gül said, noting that an anonymous person had sent him a video shot during the rescue operation that clearly showed people uninstalling the chopper's flight data recorder.

Elaborating on Gül's comments about the video, BBP Chairman Destici on Thursday said he had also seen the footage. "The people there were military officials, not civilian officials. The names and identities of the people who arrived at the crash site first and uninstalled the black box are known," he said.

Destici also said he hoped Gül's public revelations would add both depth and momentum to the ongoing investigation.

Experts say the black box comprises two separate devices for recording flight data, Argus 5000 CE and SKYMAP IIIC. The box records all flight data, including the speed and flight route. If the helicopter crashed due to an outside force, the first thing the saboteurs would want to do is get rid of the black box, says Mehmet Dayıoğlu, head of the Aviation Department.

Yazıcıoğlu's death, which was initially reported as an accident, has also been daubed with controversy, especially since investigators discovered that all military and civilian radar near the crash site had blacked out for a couple of minutes at the time of the crash. Five others onboard, including a reporter, were killed in the crash. In addition to the DDK probe, an investigation launched by the Malatya Prosecutor's Office is still under way.