Polls closed on Sunday in a referendum on whether to amend Turkey's military-drafted constitution. 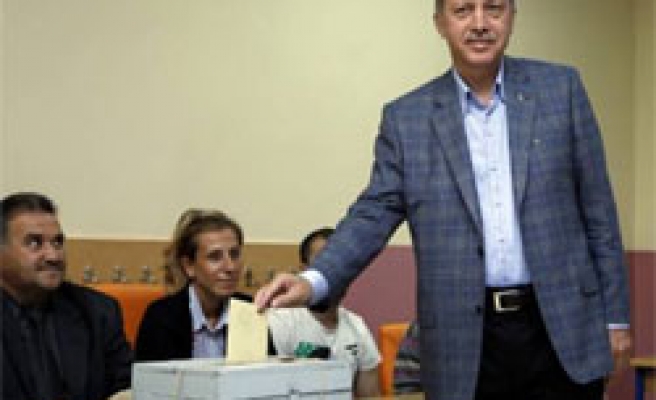 Polls closed on Sunday in a referendum on whether to amend Turkey's military-drafted constitution, a vote seen as a test of support for Prime Minister Tayyip Erdogan before a 2011 general election.

Prime Minister Tayyip Erdogan has said the changes to a charter drafted in the 1980s after a military coup exactly 30 years ago are needed to strengthen democracy.

Prime Minister Recep Tayyip Erdogan voted in Istanbul with his wife and daughter, posing for the media with the envelope in his hands and saying the referendum was an important step for Turkish democracy.

"Turkish democracy is at a turning point today, we are sitting an important test," Erdogan said after voting in Uskudar district of Istanbul, as police sharpshooters lay in position on rooftops around the school serving as a polling station.

How Kurds vote could prove important in a tight race. Erdogan said the boycott had little impact except in Hakkari district bordering Iran.

The date evoked Turkey's traumatic past. Sunday was the 30th anniversary of a coup that curbed years of political and street chaos but led to widespread arrests, torture and extrajudicial killings, and PKK militants launched a rebellion a few years later that continues today.

If approved, the constitutional amendments would also remove immunity from prosecution for the engineers of the 1980 coup. Kenan Evren, the military chief who seized power and became president, is 93 and ailing.

The election board barred the broadcast of any results until 9 p.m. (1800 GMT), but the ban was expected to be relaxed and preliminary official results might be available by around 6 p.m. (1500 GMT).