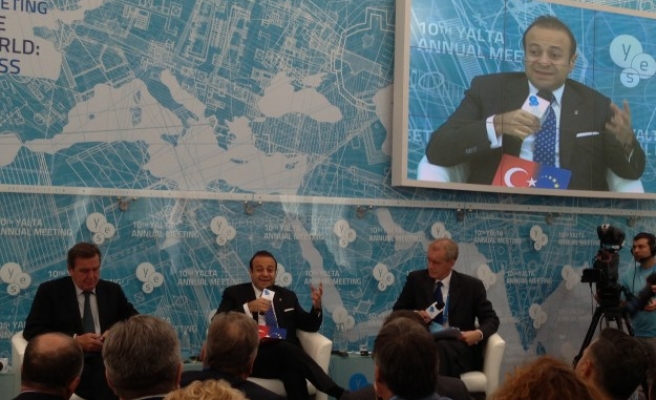 "The reason why Istanbul, the city that bridges Asia and Europe, couldn't get the Olympics is prejudices," Bagis said Saturday in the Ukrainian city of Yalta, which he visits for the tenth annual meeting of Yalta European Strategy (YES), a public diplomacy forum for countries of Eastern Europe.

"We see the same prejudices in our EU membership process," he said.

Bagis said the European Union should admit countries like Turkey and Ukraine as full members, while calling the EU as the "biggest peace project in the history of mankind."

"The EU should leave aside all prejudices, and embrace dynamic developing states.

"The French, Germans, and Belgians once warred with one another. Now they are able to live together in peace. The EU is the biggest peace project in the history of mankind," he said.

YES, which hosts more than 250 leaders from politics, business, society and media representing 20 countries, is held between 19-22 September in Ukraine.