Turkish President Abdullah Gul has called on Turkish people to provide aid to the people of flood-hit Pakistan. 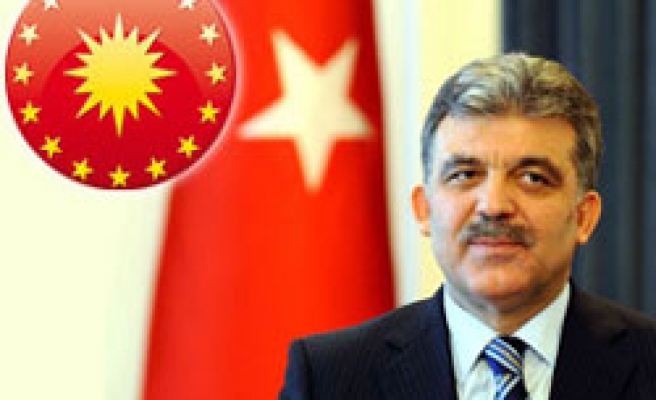 Turkish President Abdullah Gul has called on Turkish people to provide aid to the people of flood-hit Pakistan, and also said, "I would like to recall once again that Turkish government and Turkish people, with all their bodies, stand by Pakistan."

In an exclusive with state-run broadcaster TRT and AA, Gul said that Pakistan had faced a terrible tragedy and that Turkey and Turkish people should help their Pakistani sisters and brothers and do something for them against such a natural disaster.

Floods, triggered by monsoon rains, have killed more than 1,600 people in the last couple of weeks and left 20 million Pakistanis homeless.

Turkish government and not-for-profit organizations have launched massive campaigns to aid Pakistani flood victims after the worst flooding in the country for 80 years.

"I believe that Turkish people will give what they could afford. Ramadan is a month that encourages solidarity and helping each other," Gul said.

"Today is the day to demonstrate solidarity," he said.

Nearly 650,000 homes were damaged or destroyed and tens of villages have been wiped off the map in flood disaster. Authorities fear Pakistani people might face famine as granaries have been destroyed in floods.

Gul, who expressed sorrow over the tragedy of Pakistan, said that Turkey is a country aware of natural disasters, recalling the 1999 Marmara earthquake which killed tens of thousands. He said the aid that came from all over the world to Turkey meant a lot to Turkish people those days.

Stating that the love between Turkish and Pakistani nations was a real love, Gul said, "we should not forget Pakistani people who faced such a big disaster."