Turkish President Abdullah Gul said about result of the referendum on the constitutional amendment package, "a new era has begun for my country." 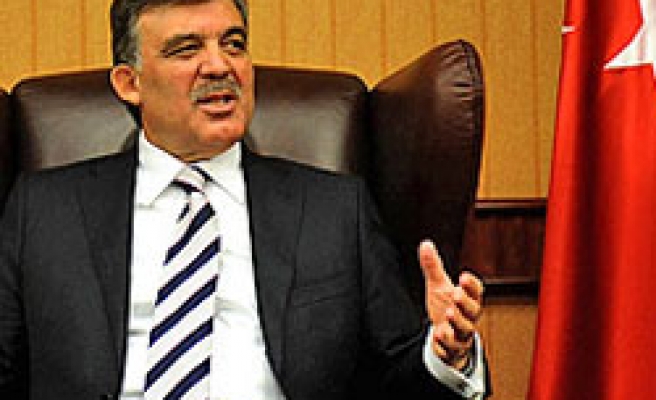 Turkish President Abdullah Gul said about result of the referendum on the constitutional amendment package, "a new era has begun for my country."

In an interview with the Italian La Repubblica newspaper, President Gul said, "people of Turkey made a choice and we have to accept it. I have always advocated that the constitution in Turkey should be prepared by civilians."

"All the articles in the constitutional amendment package are about bringing Turkey's standards to the European level under Turkey's European Union membership process," he said.

Upon a question about Turkey-Israel relations following an attack on a six-ship flotilla carrying humanitarian aid to Gaza earlier this year, President Gul said, "Turkey has expressed its concerns about the tragedy in Gaza stemming from the embargoes. It does not mean that Turkey drifted apart from the Western world. On the contrary, it shows that Turkey shares the values of the Western world. We do not have any problems with Israel or Israeli people. Improper preferences by Israeli politicians cause problems."

"No one can ignore the fact that Turkish ships were attacked by soldiers of another country in the international waters. And some people lost their lives in that attack. If Israel makes apology and seeks for a solution including compensation, it helps restoring of the bilateral relations," he said.

Referring to Turkey-European Union relations, President Gul said that the Union had an important responsibility in the recent slowdown of Turkey's membership negotiations.

"Turkey has taken significant steps in its integration with the European Union. Today, Turkey is a more democratic country with a brilliant future. If the European Union keeps its promises, it leads to good results for both parties," President Gul added.